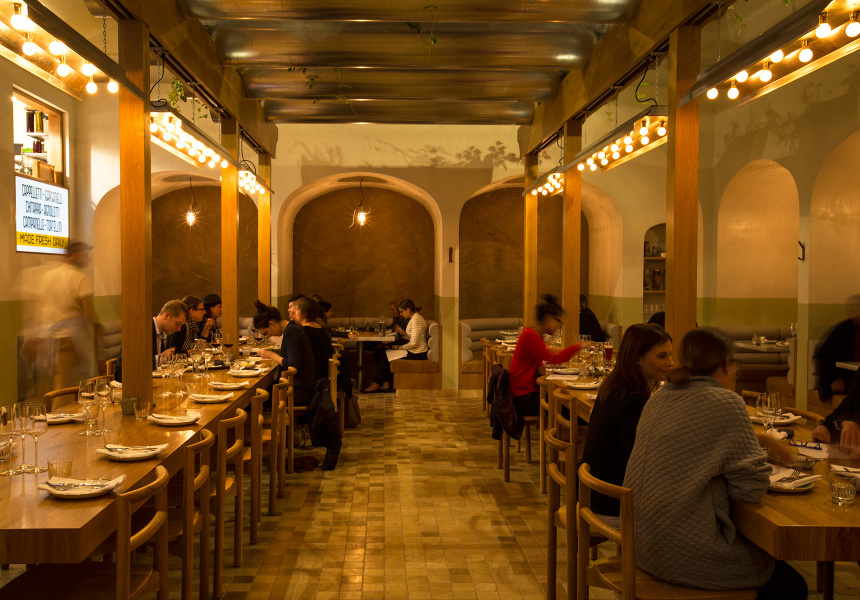 The pair attended the ceremony, which took place at London’s Design Museum on Thursday night local time. “Graham and I are extremely humbled by the award and all of the messages of support we have received from friends and colleagues from across the globe,” says Bickmore. “It hasn’t really sunk in that Oggi has been recognised as the best Restaurant Design in the World for 2016, however it demonstrates the quality design that we can produce in Australia, and is testament to the strength of the hospitality scene in South Australia.”

Studio -Gram took inspiration from the piazzas of Italy to create a bright and open outdoor-like dining space, enhanced by a pre-existing saw-tooth roof – which lets in natural light – and an arbor adorned with foliage from plant stylist Emma Sadie Thomson.

Bickmore acknowledged Thomson, restaurateur Simon Kardachi and the full team of contractors who helped to realise their vision. “Thanks must go to our client Simon Kardachi and his team at Osteria Oggi for trusting in us, and for continually aspiring to deliver world-class venues,” says Bickmore.

“We would also like to thank all of those involved in making this project a reality; our team at Studio –Gram; Emma Sadie Thompson of EST for all the greenery and the ongoing upkeep; Tristan Kerr for the signage and sign writing throughout; Katia Carletti for the custom ceramics; and of course to all of the trades that made this project what it is.”

The international award follows a swag of national honours last year including the Robert Dickson Award for Interior Architecture (SA Architecture Awards) and the Gold Award for Built Environment (2016 Design Institute of Australia Awards). The venue was also listed by CNN as one of the world’s 10 best restaurants of 2016.

To hear more about Studio -Gram and Adelaide’s new wave of design, pick up a copy of Broadsheet’s print paper – on the streets from Wednesday March 1. 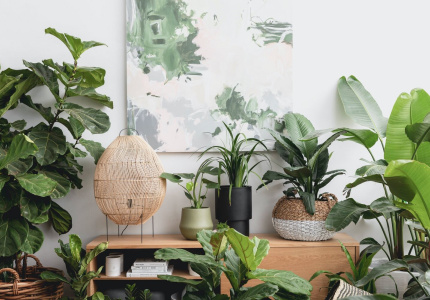