Your Trash is Francois Knoetze’s Treasure

The South African artist uses garbage to reflect a world in crisis. 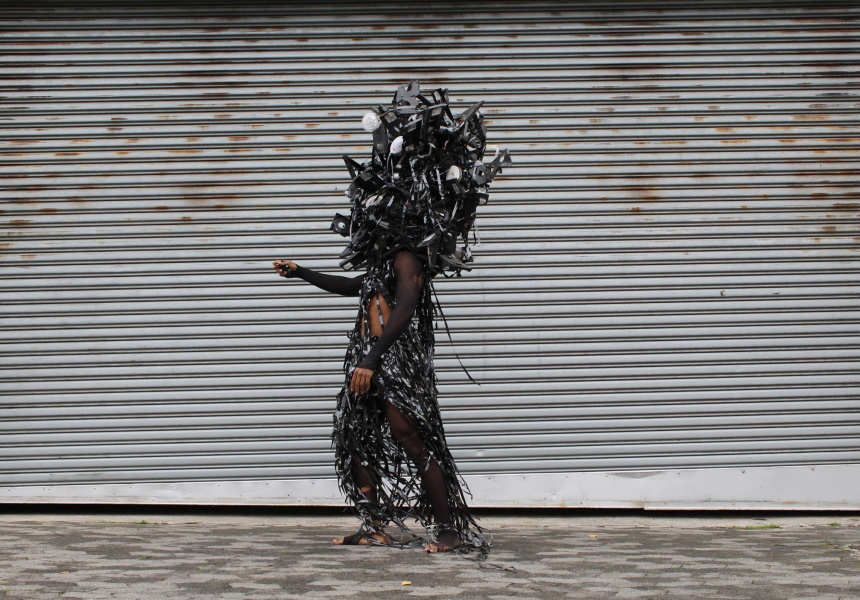 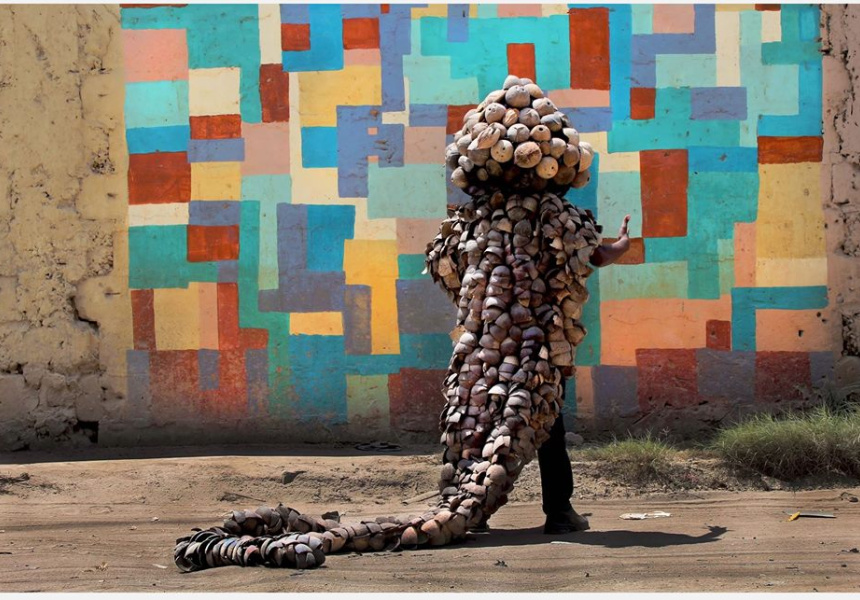 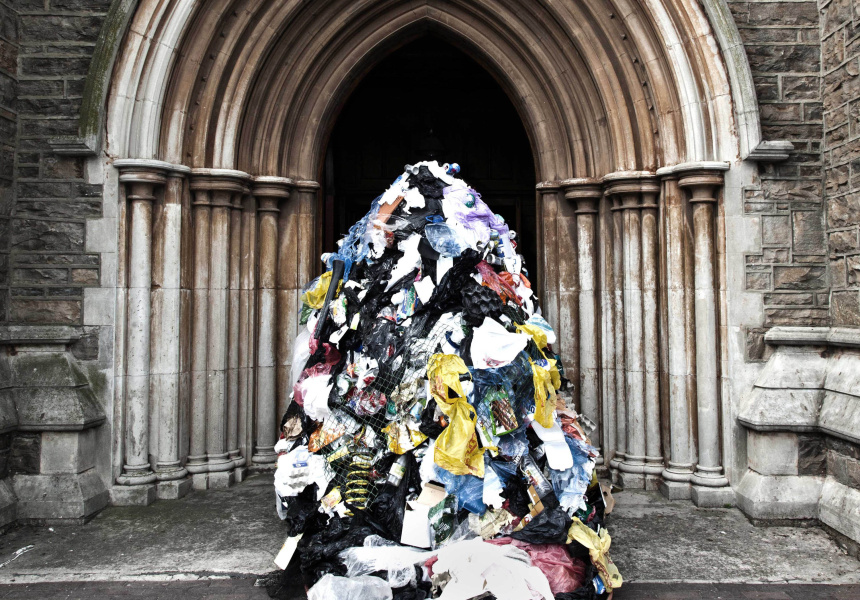 Away from the noise of festival season, tucked under a cinema on Hindley Street, there’s a small workshop brimming with trash: boxes of CDs, plastic bags, VHS tapes, lengths of irrigation piping, brand new doctors scrubs and piles of takeaway coffee cups. A silver goon-sack tower flutters overhead. A collection of cassette tapes lays unspooled in a box.

In the middle of it all is Francois Knoetze: visual artist, sculptor and purveyor of rubbish. But to Knoetze there are treasures to be found among refuse. Based in Cape Town, South Africa, he’s currently the artist-in-residence at SMOCK Gallery, in a collaboration between Open Space Contemporary Arts (OSCA) and Arts SA.

“I started using waste as a sculptural medium many years ago,” says Knoetze. “I suppose my grandfather was the one who opened my eyes to the idea of looking at objects that are seen as useless or waste by other people. He used to go to auctions and buy broken [objects], and fix them up.”

Knoetze works to the concept of mongo – a slang term for an object that’s been discarded and then recovered – to build trash-suits for roving installations. “What I make depends on what I find. I’ll do a hunt and hoard a lot of materials. I’ll have it sit there for a while, and I’ll try to think about what the object or material means to me and … on a global scale.

“I like to think about the life that [it] had before. Our identities are very closely linked to the objects we interact with. Whether they are our clothes, or the electronics that we engage with or the bicycles we ride. These are all extensions of us … they almost take on a life through the functions that we give them.”

Through his surrealist creations, objects have a new life. “I like to think of objects as creaturely, as people, in an abstract sense. One can tell a lot about a person in terms of what objects they use.”

Knoetze’s residency is an opportunity for South Australia’s arts community to learn the skills of open-space arts. “Our mandate is to do projects in the public domain, and push the edge of contemporary arts mixed with visual-arts practice,” says OSCA artistic director Paul Gazzola. While in South Africa, he met Knoetze and was taken by his ethos. “For visual artists to re-think their practice outside of the studio, Francois is a great example of that,” he says.

While workshopping with 22 local artists, Knoetze is using found objects to create suits to showcase in roaming appearances throughout Adelaide Fringe and WOMAD.

“The suit that I’m making at the moment is made out of mice,” says Knoetze, before quickly clarifying he means disused computer mice. The headpiece is a cartoonish mouse face made from vintage and modern mice.

Some suits are humanoid, others are creaturely, but all of them reflect a narrative of modern ideologies. “There are so many ways that we are threatening life on the planet … global warming, the amount of plastic that we produce, it’s really threatening the ocean in significant ways,” he says.

“I tend to oscillate between trying to imagine positive futures, utopian futures, something outside of the constraints and structures of capitalism. And then often trying to dive into this dystopian reality and try to represent that in interesting ways that don’t make people lose hope.

“A lot of what I do tries to make sense of living in South Africa as a white man, and how those [racial] and gendered constructions come with this history of violence and exploitation and slavery.” With European colonisation, “harmful ideologies came along on the ships and took root in these countries.”

“We have this illusion of order – that things are generally moving in a positive direction,” he adds. “That obscures the fact that for a huge number of people around the world, it is the exact opposite.”

To reach a global community, Knoetze produces video content of his roving installations. “Documenting the work is important for me. The suits are ephemeral. I see them as interrupting that cycle of waste for a minute, but I can’t store everything that I make.”

Knoetze will be at Womadelaide from Saturday March 10 to Monday March 12. Specific times are online.