Summertown Studio, a Sunny New Retail and Co-Working Space Is Coming to the South

Porch Sessions duo Sharni Honor and Sarah Bradford have converted a big old warehouse in Somerton Park, and all their friends are moving in. 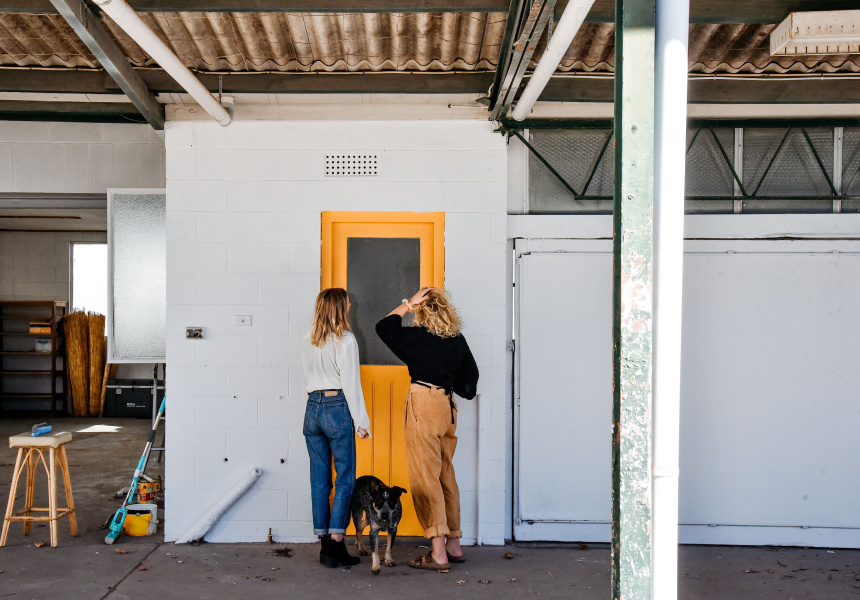 An old warehouse on an industrial street in the seaside suburb of Somerton Park, surrounded by used-car dealerships and crash repairers, will soon be Adelaide’s newest retail and co-working space.

The spacious site, itself a former tyre manufacturer, is the home of Summertown Studio, a new collective and studio space spearheaded by Porch Sessions founder Sharni Honor and teammate Sarah Bradford. It’s not the most obvious setting for such a project – doubly so considering the name. Honor admits there’s been some confusion from Adelaide Hills residents.

“We thought, ‘How great’s this!’ she says with a grin. “And then everyone from the Hills is like, ‘Where’s it going to be?’ We were trying to play off the suburb name and being close to the coast. We wanted it to be summery, but yeah, we didn’t really think about that heaps,” she adds, laughing.

The shopfront is still a work in progress but it’s already filled with hanging plants and kitsch bric-a-brac: Elvis matryoshka dolls, floor rugs, vintage boots and more are strewn about the place. The charming lived-in vibe will come as no surprise to anyone who’s attended a Porch event. Soon, local makers will sell their wares in there on consignment. Several have already been locked in, including jeweler Mano Objects, Littlest Vintage, Mrs Fishers Pottery, clothing label Yeohaus, Etikette Candles and Some Skincare.

“We’ll add some beautiful books and vinyl and stuff like that in amongst everything,” says Honor. “It’s pretty much all stuff we’d like to fill our homes with.”

A natural-light-filled loft above will be Honor and Bradford’s new headquarters for their various Porch projects as well as Honor’s event-styling business, The Vibe Company, and Bradford’s emerging floristry business, Sundays Design Co.

“It’s been brewing for a little while and so far it’s only gone as far as markets and things like that but the idea is to have a big dried-flower bar so people can come and pick what they want and put their own bunches together,” says Bradford. “It got to a point where my shed can only hold so many flowers. For me it was a turning point where this was growing and things with Porch were happening as well and it all fell together naturally … and this works really nicely – to incorporate not only what we’re doing but all our favourite things.”

Out the back is a co-working space for creatives looking for semi-permanent desks and hot-desking. Honor and Bradford know too well the perils of freelancing. Until recently the pair had been working out of Karma & Crow’s studio space, which has since been converted into a barbershop before it transforms into wine bar Plume. “Before we were together at Karma & Crow we were just working from home,” says Bradford.

“Or cafes,” adds Honor. “And people get grumpy at you.”

Thankfully, the new digs have an in-house barista – and some harder stuff. Port Elliot-based coffee roaster De Groot will have a coffee cart on-site, and Hither & Yon winemaker Malcolm Leask, who supplies all the Porch gigs, will open a second cellar door on the property, bringing his Willunga-based wines a touch closer to the city.

The enormous site will also provide a space for one-off Porch gigs, workshops and pop-up dinners. The opportunities are endless, says Honor. It’s all about bringing together like-minded creatives. “For me personally, through Porch Sessions, and having met Sarah through that as well, all my favourite people have resulted from being able to work with them in some capacity. I think that’s the best thing about Porchland, the ability to have so many more people involved with a festival than you do a smaller backyard gig. There are so many people who do so many good things.”

Summertown Studio will open on May 11 at 13 Paringa Avenue, Somerton Park. 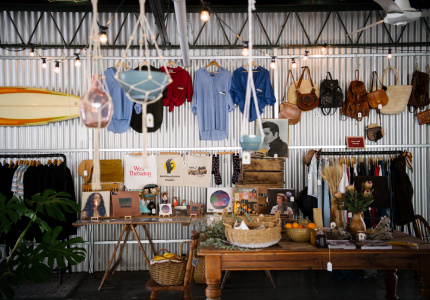