The historic waterside precinct is getting a makeover this month. 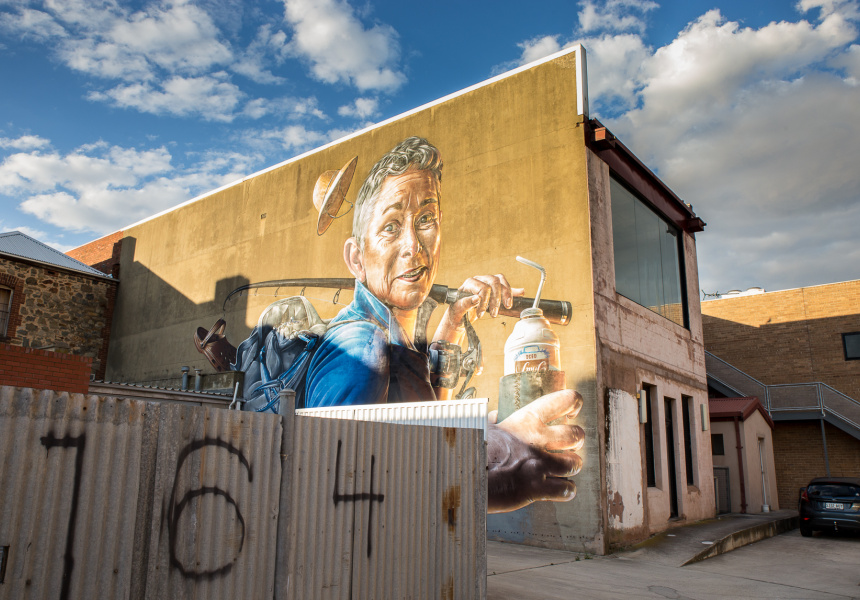 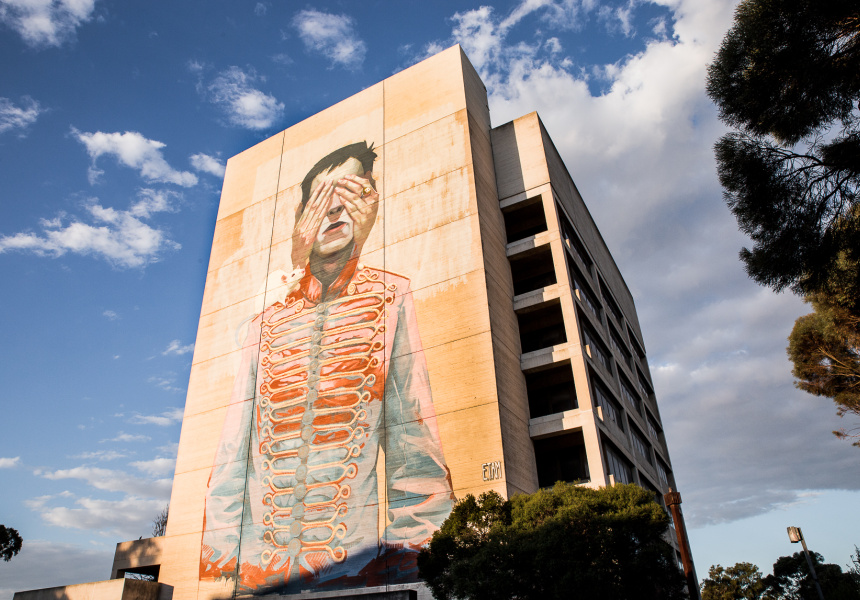 “Sometimes it takes seeing an ordinary person doing something super human for you to realise it may be possible for yourself,” says Joel van Moore, the self-taught street artist more commonly known as Vans the Omega. He’s one of the creative minds behind annual street art festival Wonderwalls.

Van Moore spent 17 years spent travelling the world in pursuit of his art. Now he’s bringing the world of mural art to Adelaide to inspire the next generation of street artists to witness something “out of this world in scale.”

Wonderwalls started in Wollongong in 2012 as a collaboration between artist collective The Hours (of which van Moore was a member) and project managers Verb Syndicate. It expanded to Adelaide in 2015, with large-scale portraits, paste-ups and mixed media pieces scattered across the walls of Port Adelaide’s public buildings. Van Moore, along with Renewal SA and the Port Adelaide Enfield Council, will spearhead the 2017 event.

This year’s line-up will feature national and international artists alongside local talent Fortrose, Jimmy C, Muchos, Jake Logos, Masika 126, Sam Songailo, Zedr, Elizabeth Close and Kab 101. They’ll paint around 40 new pieces on public sites throughout the historic waterside precinct. Some of the murals will reach up to 200-300 square metres in size, executed with the help of diesel and electric scissor lifts.

“Most artists are taking some form of inspiration from the Port or specific wall they are painting,” says van Moore. “For example, [Polish street artist] Natalia Rak is taking a fantasy idea and merging it with a beautiful old-worldly anchor and mermaid.” Key buildings are still under wraps, but according to Van Moore, “if it's large and in the OurPort zone we’re most likely painting it.”

Wonderwalls opens on Friday April 21 with a street party featuring music, food and the first splashes of colour on the walls. Art walks, photographic tours and artist talks will take place over the three-day event before an after party on Sunday night.