The accolade, presented by the Art Gallery of South Australia, is one of the country’s most generous art prizes. 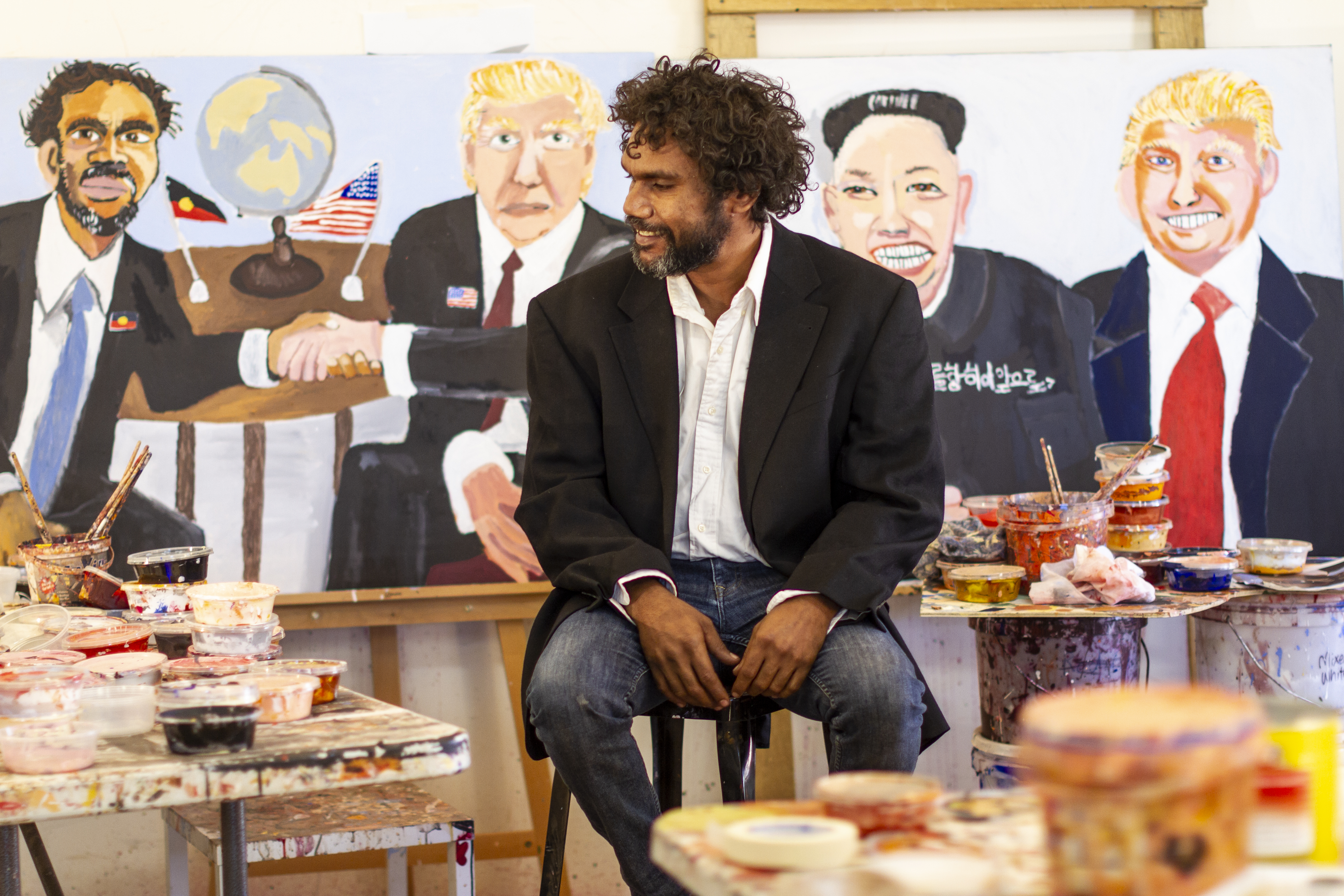 The work, featuring Captain Cook on one side, looks irreverently at colonisation and the idea of the heroic portrait. Namatjira riffs on the concept of “first contact” between Indigenous Australians and British colonisers, using the double-sided painting to observe the two-sided nature of historical narratives.

The work features the artist’s trademark bold and lively application of paint but represents a new way of working for Namatjira as he breaks away from the familiar and traditional wall-based painting on canvas.

“Winning this prize means a lot to me and it will hopefully create more opportunities for me to continue to make more ambitious work and to share my practice with new audiences,” Namatjira said upon accepting the award.

“I also hope to use my position to create opportunities for other young artists in remote Indigenous communities. I can honestly say that becoming an artist turned my life around and now I want to be a leader and a role model for the next generation of young artists.”

Close Contact will now be acquired into the Art Gallery of South Australia’s permanent collection.

The winning work was selected by a panel of international and national contemporary art experts, including contemporary artist Richard Lewer and assistant director of artistic programs at AGSA, Lisa Slade. Guest judge Russell Storer, deputy director (curatorial and research) at the National Gallery of Singapore said Vincent Namatjira's work stood out for its “directness and clarity, but also for its wit and complexity”.

The $100,000 biennial art prize is open to Australian artists under the age of 40 working in any medium. It was established in 2017 in the name of South Australia’s leading cultural philanthropists James and Diana Ramsay. It is presented by the Art Gallery of South Australia and supported in perpetuity by the James & Diana Ramsay Foundation.

The work of the 23 finalists – including SA artists Pierre Mukeba and Sera Waters – will be exhibited at the Art Gallery of South Australia in a major exhibition that opens tonight. The exhibition will include a People’s Choice Prize – a cash prize of $15,000 awarded based on a public vote. The People's Choice winner will be announced on Friday August 9.