The Secret Lairs of Writers

Where and how do Adelaide Writers’ Week authors tackle the page? 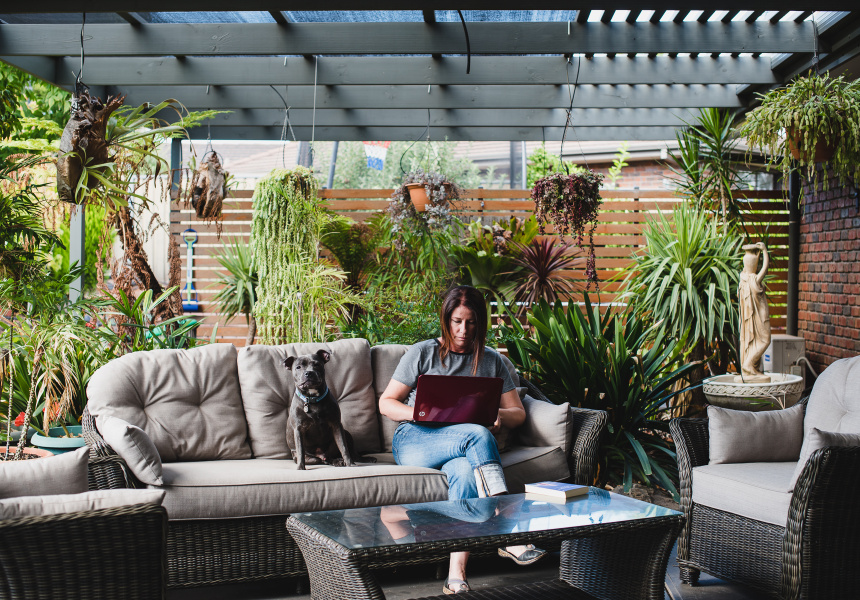 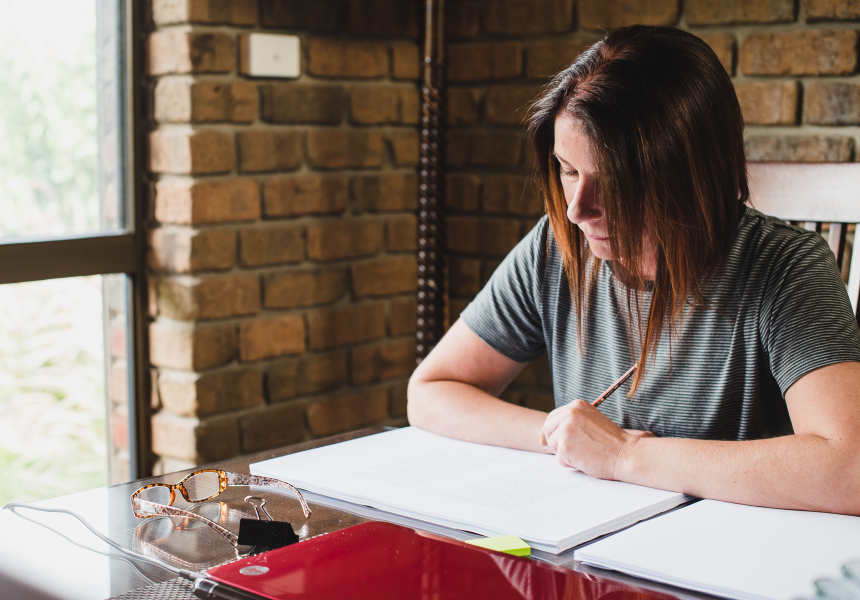 It’s rare to see where world-class authors work, but Broadsheet convinced some of Adelaide Festival’s special guests to reveal their writing spaces.

When writing Nobody is Ever Missing, Lacey spent most of her time in Brooklyn cafe, bar and restaurant Building on Bond. “It was pretty empty in the morning and the waiter called me sweetie,” she says. “I lived with seven people so I needed to get out of the house to work because they were all much more fun to talk to than to sit alone talking to myself.”

Lacey knows the baristas by name (“they feel like family now”) and they’re often the only people she talks to before putting fingers to keyboard. She starts at 7.30am, kicking things off with a red-eye (coffee with a shot of espresso, no milk, no sugar) and usually finishes at 1pm.

She listens to white noise or the same few albums on repeat. “Lately it's been Marek Hemmann's entire discography. On loop,” she says. “For the first novel is was most of Animal Collective on loop, which is the only music with words I can listen to while writing because I know it so well it just sounds like noise, not language.”

Catherine Lacey chats about Nobody is Ever Missing on the East Stage on Tuesday, March 1 at 10.45am.

Adelaide-based Wakefield works on young adult fiction – such as Inbetween Days, about high-school drop-out Jacklin – in her Para Hills home. And she simply can’t sit still. “I move from dining chairs, to the outside table, and back again,” she says.

She switches materials, too, alternating between longhand, iPad, computer and laptop. “The book I’m working on now is in lots of pieces, in lots of different formats and places. The fun part is putting it all together.”

The magic happens in the evening. “I’m a bit of a night owl and stay up until midnight at least most nights,” she says. “I haven’t really nailed the process yet. It changes with every book.”

Vikki Wakefield speaks about her novel Inbetween Days on Wednesday, March 2, at 1.15pm.

Charlotte Wood’s tiny, upstairs studio is at the back of her home in Marrickville, Sydney, but she also enjoys residencies, particularly Bundanon, two hours out of the city.

“It’s on a bush reserve and I wrote quite a lot of The Natural Way of Things while I was there for three to four weeks,” she says of her dystopian feminist fable. “It was great to walk around, seeing the bush and kangaroos. I’m going there again this year to work on my new book. It’s good to have the intensity of work when you’re there by yourself. You can mix with other artists or you can go for weeks at time without really speaking to anyone. That’s helpful at times.”

Wood works on a laptop. “My handwriting is appalling. I write loosely, unplanned and in little snippets so that first draft is certainly not well-formed,” she says. “When I’m in the rhythm of it, I tend to get to my desk at about 8am. My rule is 1000 words so I sit at the desk for however long that takes. Sometimes I’ll get them done by 10am and sometimes I’ll be there all day. Having some regularity helps.”

Charlotte Woods talks about her novel The Natural Way of Things on Thursday March 3, 9.30am.

New Zealand-based Smaill wrote dystopian novel The Chimes in several houses across two continents. “I began writing it in my North London flat, with dalliances at the British Library and our local library in Chalk Farm,” she says. “We moved back to New Zealand when my daughter was one and I was about a third of the way into the manuscript.”

The remainder was written in the first flat she rented in Wellington, “a wonderful rambling ’20s bungalow with perfectly preserved ’70s décor. My writing room was bare apart from a bed, a desk and my computer, and the many maps of London that I stuck to the walls. I edited and proofed the book in our new house, also in Wellington, where my writing room looks out over the wild south coast.”

Smaill writes her first draft longhand using a black-ink pen and starts first thing in the morning after a boiled egg breakfast. “Ideally, it’s just me, a pot of tea and the blank page,” she says. “The most fulfilling element of life as a writer is the strange, wonderful moment when a book begins to act on its own volition.

"In the early stages it’s a bit like blowing endless quantities of hot air into a floppy, undulating mass. It’s flaccid and flat and you begin to wonder what you’re doing it for. Then at last it starts to lift off the ground and you look up and it’s this fantastic dirigible. Although you’re never quite sure if you’re the engine or the helpless passenger, it’s thoroughly exhilarating and worth any and all of the pain.”

Anna Smaill talks about her debut novel The Chimes on Wednesday, March 2, 2.30pm.

Groff devised her twisted tale of marriage in her hometown of Gainesville, Florida: “A place people unironically call ‘The Swamp’."

The first few drafts of Fates and Furies were written in her former office, which was carved out of the garage and poorly air-conditioned. “When I went away for a summer and came back to mould growing on the wall, I abandoned the office and wrote most of the other drafts of this book in my bed,” she says.

Her day starts at 5am, with a coffee and work. She writes longhand using a super-fine grey Le Pen and either index cards or blank white paper. (If she’s travelling, she’ll pack a Moleskine notebook.) A few hours later she heads to the gym, runs or swims, has breakfast, walks the dog and moves into the next phase of work, which lasts until lunch.

During final drafts she finds evocative music helpful, “to match the music of the language”. “I have relied in the past on Arvo Pärt, Sigur Rós or Wagner.”