Artist Thomas Readett hand-painted the wall with two images of Gulpilil – one from the film Ten Canoes, another from archival footage. He says, “Being approached to paint such an icon is an honour, and being Aboriginal as well it’s really important for me and our people.” 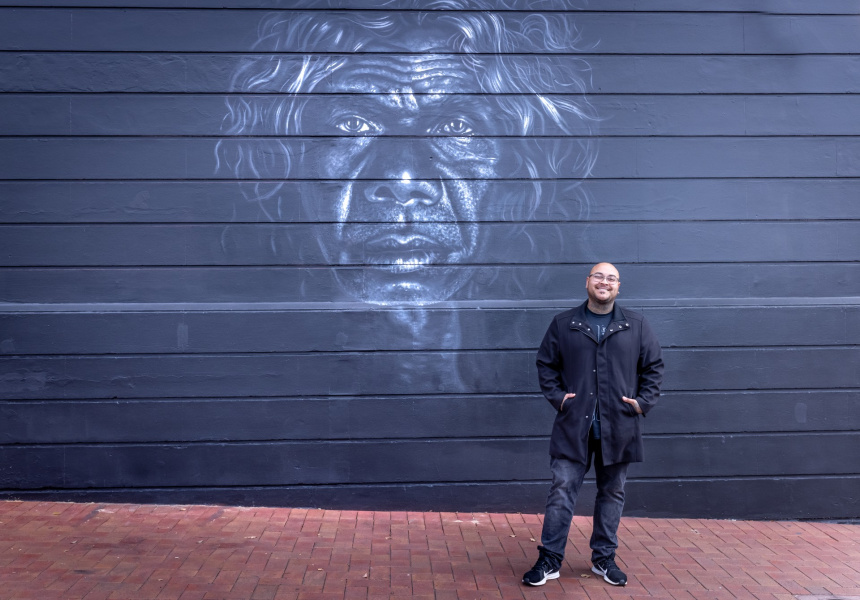 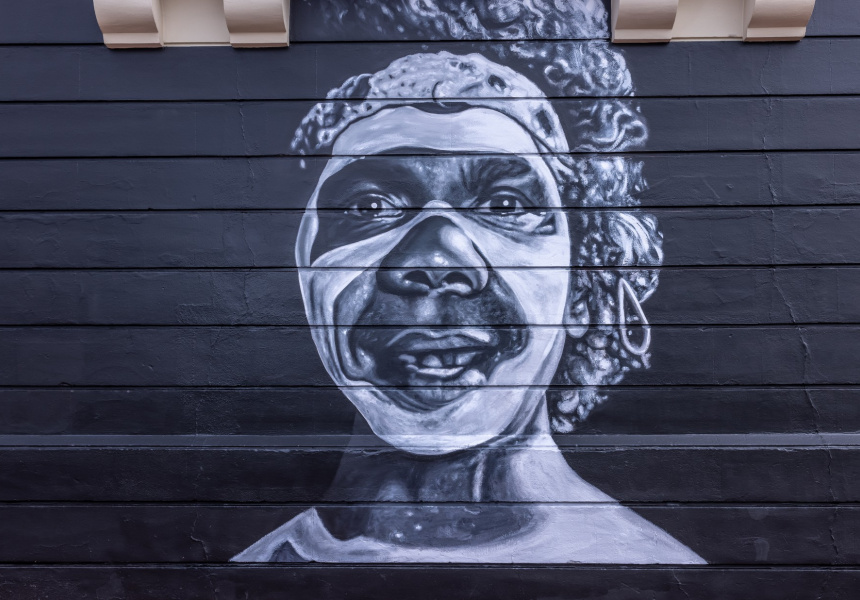 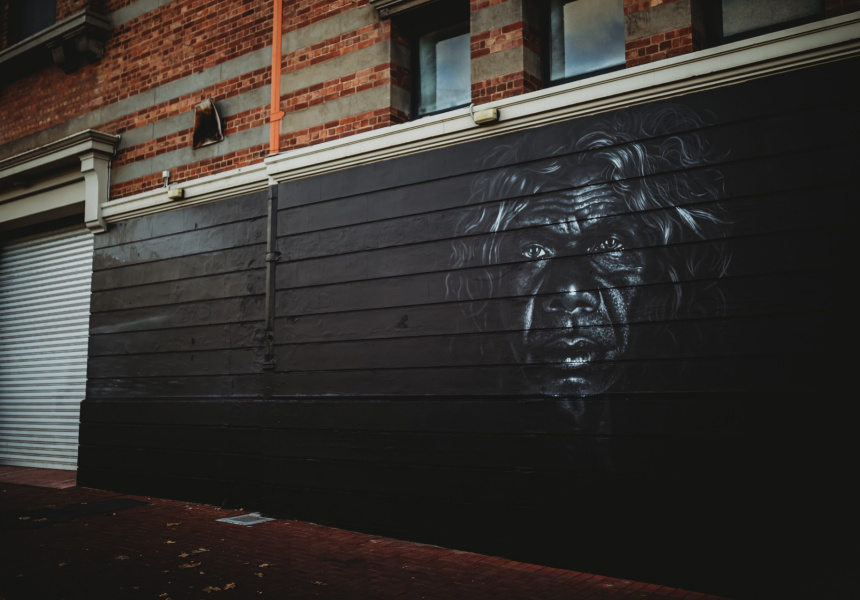 When Broadsheet calls artist Thomas Readett, he’s up a ladder painting a giant kookaburra for a local primary school. Readett is an Ngarrindjeri-Arrernte man, born and raised on Kaurna Country, and last weekend he painted a new permanent mural in Adelaide honouring the life and work of Yolngu man, actor, dancer, singer and painter David Gulpilil AM.

“Social media’s been going off. We’ve had lots of nice messages, but I think some of the best feedback is the feedback you get when you’re working on the mural,” says Readett. “There were people just saying David Gulpilil’s name, without even talking to me, because they knew it was him. So that solidifies it for me, because if it’s painted well, people recognise him.”

Gulpilil made his screen debut in Walkabout in 1971, and has appeared in films such as The Tracker (2002), Rabbit Proof Fence (2002), Ten Canoes (2006) and Baz Luhrmann’s Australia (2008). He retired from acting in 2019 and was recognised with the lifetime achievement award at the 2019 Naidoc Awards. He’s the star and storyteller of a new film about his life, My Name is Gulpilil, directed by Molly Reynolds – in cinemas now, nationwide.

Sadly, Gulpilil has lung cancer and has been too unwell to view the mural in person. “He’s seen pictures of it and he loves it,” says Readett. “The second he can make it down, I’ll meet him there.”

The artist says he chose to paint two images of Gulpilil to represent the beginning and later years of his career, and to connect the actor’s early life in the Top End to Adelaide, where he currently lives.

“[The archive image] was the start of his career, with the background being Arnhem Land,” Readett says. Ngarrindjeri Country is represented with an image of Murray Bridge, beside a photo of Gulpilil in Ten Canoes (2006) – the first Australian feature film made entirely in an Indigenous language. “I wanted to pay homage to that. There’s one big angle that runs through the whole background and that connects the two landscapes, it’s the country meeting the river,” he says.

According to Readett it’s the first time the wall has been used for a mural in Tandanya’s 30-year history. It was commissioned by ABCG Film in collaboration with Tandanya, Arts South Australia, Department of Premier and Cabinet and Screen Australia.