Progression Tattoo Rises From the Ashes

More than a year after it was firebombed, Matt and Sam Deverson’s tattoo shop returns with a minimalist look and maximum focus. 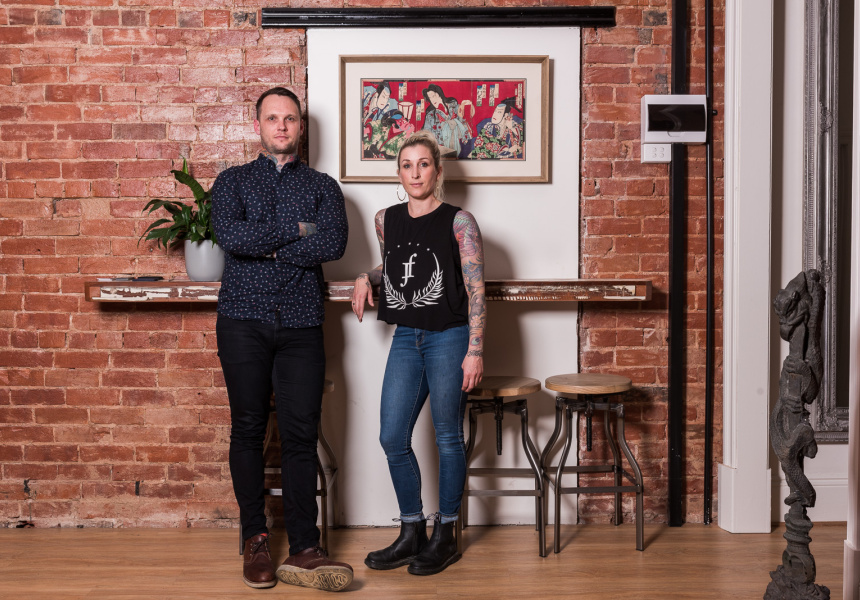 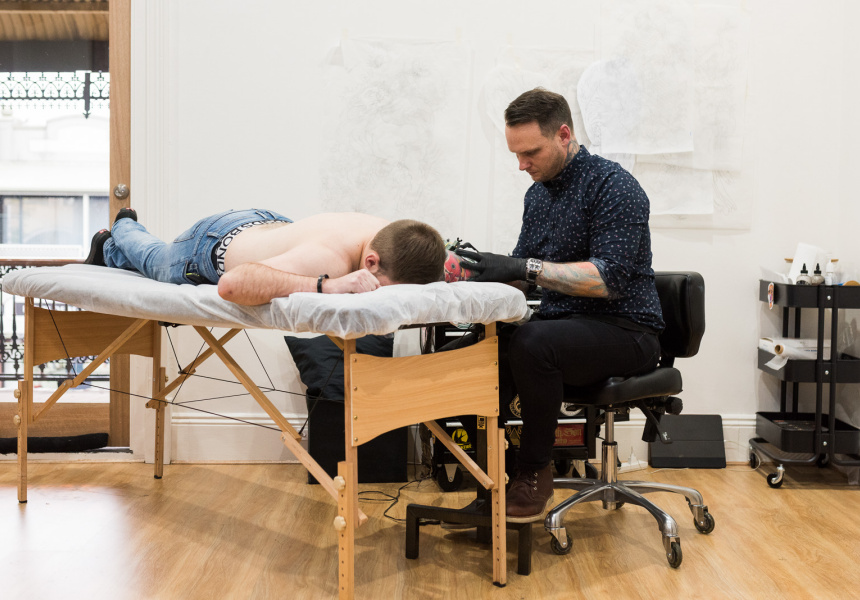 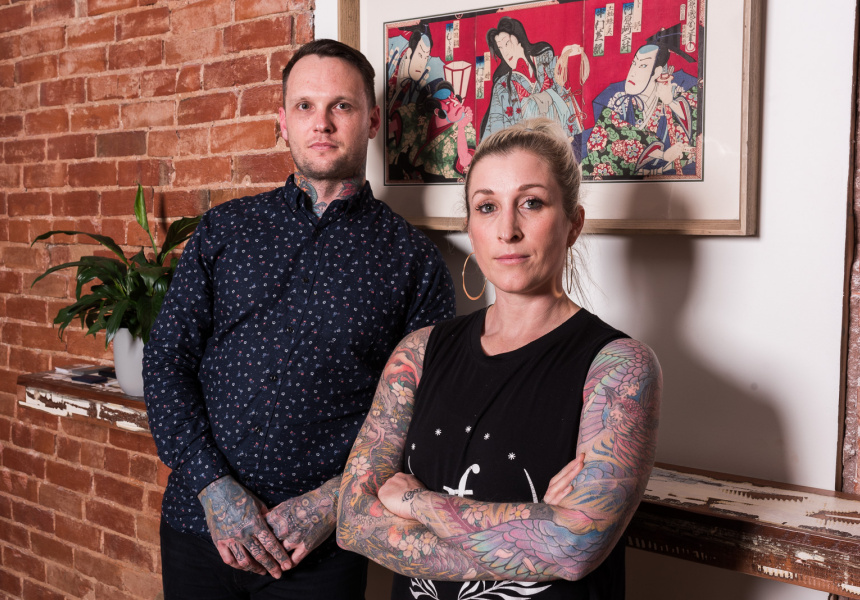 In the early hours of June 14 last year, flames engulfed Matt and Sam Deverson’s Progression Tattoo. The deliberately lit fire caused $300,000 worth of damage to the Hyde Park studio, including the destruction of several rooms’ worth of artwork, antique furniture and equipment.

The blaze immediately triggered an outpouring of local support, ranging from condolences to offers to loan equipment. In fact, people from all over the world offered much-needed supplies – a testament to the strength and closeness of the tattoo community globally.

“We wouldn’t … be where we are without the people around us. How do you thank people enough?” Sam says.

The Progression team spent 10 months working out of a neighbouring hair salon two doors down from the firebombed studio – temporary digs made possible through a GoFundMe campaign spearheaded by Queensland tattoo artist Mitch Love, who raised $31,000 to help set up a studio and replace equipment.

Following a lengthy rebuild the Hyde Park tattoo studio reopened earlier this year – almost 12 months to the day after the fire.

“The hardest part was waiting for the rebuild to start,” Sam says. “There was a lot of red tape.” But once the ball started rolling, Matt adds, “we were able to come up here and see things happening – see the space evolve.

“The brick was exposed. We had fun changing things. We had eight years in here and it was a chance to go 'this wasn't working, let's change it up and make it better’.”

The studio once consisted of four rooms filled with antique furniture, and a waiting room with paintings and photographs in opulent frames covering dark walls. Its new modern, minimalist guise is in stark contrast to the original.

A wall that separated the tattooists has been removed, opening up the space. All five artists now work from the same large room. The walls are bare save for a single painting, and the decor is stripped back.

“The shop used to look like a tattoo museum. And unfortunately, yes, we lost that stuff – but at the end of the day it’s just stuff,” says Matt. “It feels cleaner [now]. It’s simple. We had hundreds of artworks on the walls – now we have just one.”

The only piece of art that survived the blaze – a statue of Japanese deity Fudo Myo-o, gifted to the shop by renowned Japanese tattooer Shige Iwasaki of Yellowblaze Tattoo in Yokohama – greets customers at the entrance.

The original Progression logo was derived from the translation of the figure’s Sanskrit name, which aptly means “immovable”, and so became a battle cry in the aftermath of the fire and throughout the rebuild.

“It's the only thing … that survived the fire. We lost everything … but even the wooden base of the statue survived,” says Sam. “It's very mysterious.”

Police are still investigating the blaze, and so far no one has been arrested. But Sam and Matt are past mourning.

“Now the work begins again,” says Matt, who wants to expand his team. “We want to push the shop forward. We want to ramp up the merchandise. The guys are off doing conventions in New Zealand, Paris and San Francisco.

“We're able to do these things now because we've stuck together.”

“I don’t feel negative towards what happened,” Sam adds. “We've had to let it go. “Otherwise it'll eat you alive.”

Progression Tattoo is looking for two new artists to join the family. Applications and portfolios are accepted via email info@progressiontattoo.com (these are not apprenticeship positions).