A New Artist-Run Gallery Moves into the West End 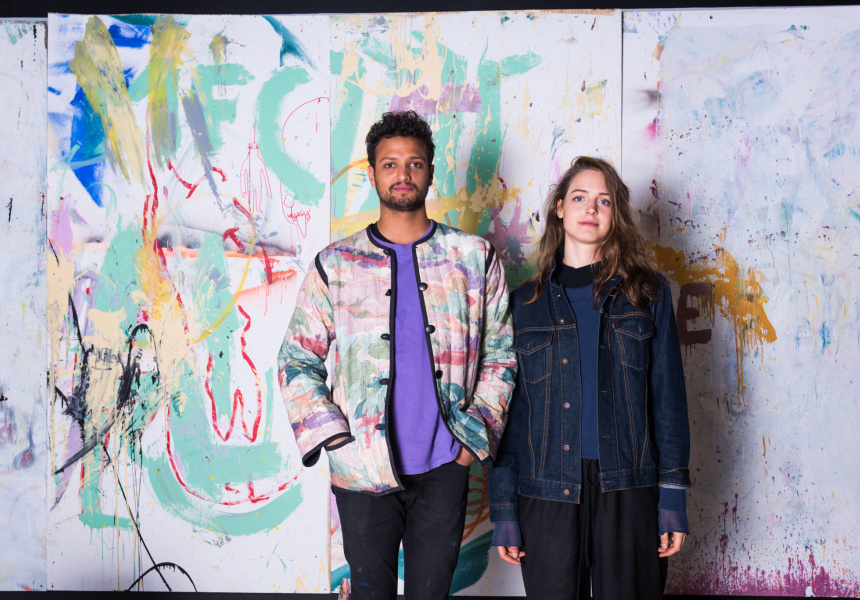 A new artist-run project space is rethinking curatorial practice and targeting people who wouldn’t usually visit galleries. Launching this Friday with help from Renew Adelaide, SMOCK is the work of artists and curators Emmaline Zanelli and Kaspar Schmidt Mumm.

The pair will program artists according to responses on the gallery’s application form. “It’s like a census,” Zanelli says. The concept is to string together shows that may not appear outwardly connected, yet are subtly linked through their creators’ shared experiences. “We’ll be asking things like, ‘How many languages do you speak?’, ‘Have you travelled or lived overseas?’ or, ‘Do you have any hobbies?’”

SMOCK, in the GU Film House complex on Hindley Street, is a home for work that may not sit comfortably in a commercial gallery. “We think there’s more room for letting an artist go wild,” says Zanelli of her curatorial ambitions.

Schmidt Mumm is looking for people who will use the space in interesting ways – and not just artists. “We’d love to get, say, a botanist to bring in samples of their clippings,” he says. “Then we might show a film about plants on one of the huge 20-metre screens [at GU Film House] and they could give a lecture.”

It’s a plan to attract diverse audiences. “The best people to impress with things that are creative are those who’ve never seen it before,” Schmidt Mumm says. SMOCK will also host artist talks, workshops and events for the wider community, not just art-savvy insiders.

SMOCK will open with an exhibition by artist collective The Bait Fridge, to which Zanelli and Schmidt Mumm belong. The group is “A forum for saying yes,” according to Schmidt Mumm, where no idea is off the table (an attitude echoed throughout SMOCK’s mission statement).

The Bait Fridge’s primary function has been to build stages for the Blenheim Music Festival – for which it uses salvaged materials and a process of improvised construction mixed with audience participation. Pieces reclaimed from the past three festivals form the basis of the exhibition.

Mounting the work in a gallery format has given it a new, more formal frame of reference. “It’s been totally recontextualised,” says Zanelli. “These panels were the [stage] floor,” she says, holding up one of about half a dozen paint-splattered boards. Arranged as wall tiles, they fill the space with vivid colours and a sense of formal abandon, edging on chaos – The Bait Fridge’s defining aesthetic.

Opening night will include performances by members of the collective (in full costume) as well as video work and music from The Bait Fridge Band.