MOD’s New Exhibition Is All About Pleasure

A healthy microbiome, indoor plants and phone-free spaces – “Hedonism” explores what makes us truly happy in the 21st century. 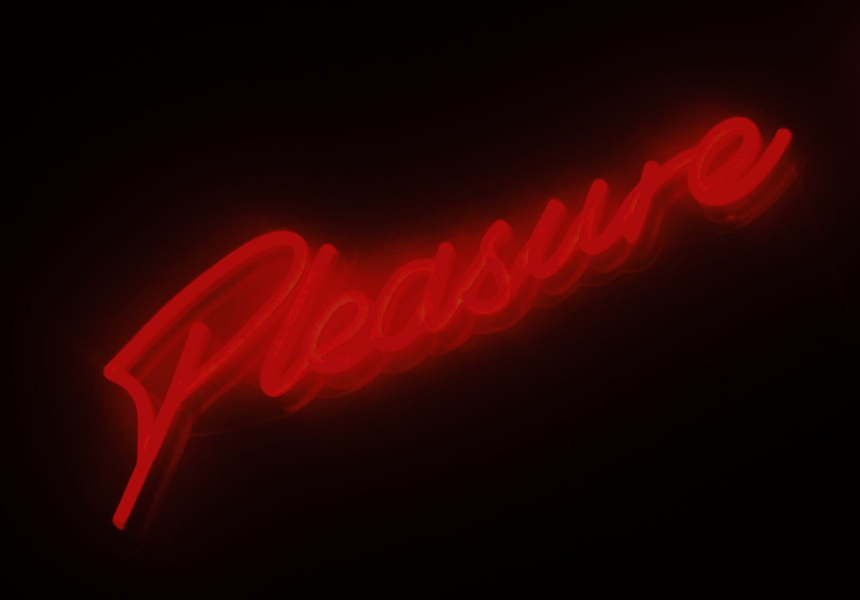 Receiving a compliment from a stranger, relaxing in a phone-free space and skipping forward to the victory end-screen of a video game are the pleasures you can experience in the Reward Booths at MOD’s new Pleasure Arcade 5000. It’s one of six galleries in the Museum of Discovery’s third exhibition, Hedonism.

“Some data shows that young people are spending less on cigarettes, and they’re spending less on alcohol. Apparently there was another survey that came out recently that said they’re having less sex, too,” says MOD director Kristin Alford. “So then we were curious: what does give pleasure if those things are no longer seen as pleasurable for some reason?”

Technology provides some answers. The orb-like Hedonometer looms over the ground-floor gallery, glowing pink (happy), white (neutral) or blue (sad) in response to real-time data from Twitter. The emotions, or at least the expression of them on social media, prove mostly predictable – happiness peaks on days such as Christmas and Mother’s Day, while misery spikes after horrific events such as the Christchurch mosque shootings. The happiest day in the past 10 years, according to the data? June 26, 2015. It was the day the US Supreme Court legalised same-sex marriage in all 50 states.

Finding pleasure in activism and social change is a theme throughout Hedonism. In the Futures Gallery, visitors can download an app on their phone and enter a spaceship to “connect with” an alien. Pay attention to what happens when you touch it. You might hear an expression of pleasure, or it might be something more concerning. The message is hardly subtle: it’s been constructed to explore issues and attitudes around consent. The exhibit, which Alford says was technically challenging to put together, was inspired by the browser game Adrift.

The exhibition also addresses the concept of instant versus delayed gratification. It asks why some of the actions that ultimately make us feel good – like exercise – can be so difficult to start. The Training Ground on level one attempts to solve the problem by gamifying physical activity. A large screen publicly shows you (and everyone else in the room) the progress you make as you move about, so there’s a performative element too. The pleasures associated with a healthy body are also explored in Symbiosville, a Sims-like touchscreen game that illustrates the impact of various life decisions (everything from petting a dog to eating a doughnut) on your microbiome diversity.

“The preponderance of anxiety and depression in our young audience is something that’s on our mind,” says Alford. “We know that there are valuable effects from exercise and being in nature and diet that can all help ameliorate those. Obviously, not in all cases, but setting up habits for life that hopefully allow for something really useful across a lifetime.”

For some, pleasure might be as simple as keeping a house plant alive. But what if you can simulate that experience? Biophilic Fantasies is an artwork that attempts to fool your biology by placing real plants alongside artificial ones, with no explanation as to which is which. It’s an eerie comment on the possibility of finding shortcuts to pleasure.

“There was a young man who came through and said, ‘Oh, I love indoor plants!’ Then he realised that half of them were fake, and was like ‘… this is the worst thing ever’. That is really pleasing,” says Alford. “That is exactly the type of tension you want people to notice and start to think about.”

Hedonism opened on Friday May 24 and runs until November.