Produced by Broadsheet in partnership
with Russell's Reserve.

Local woodworker Ben Purchase has been chiselling away beside his father for years. In partnership with Russell’s Reserve craft bourbon, we find out how a love of carpentry defined a relationship. 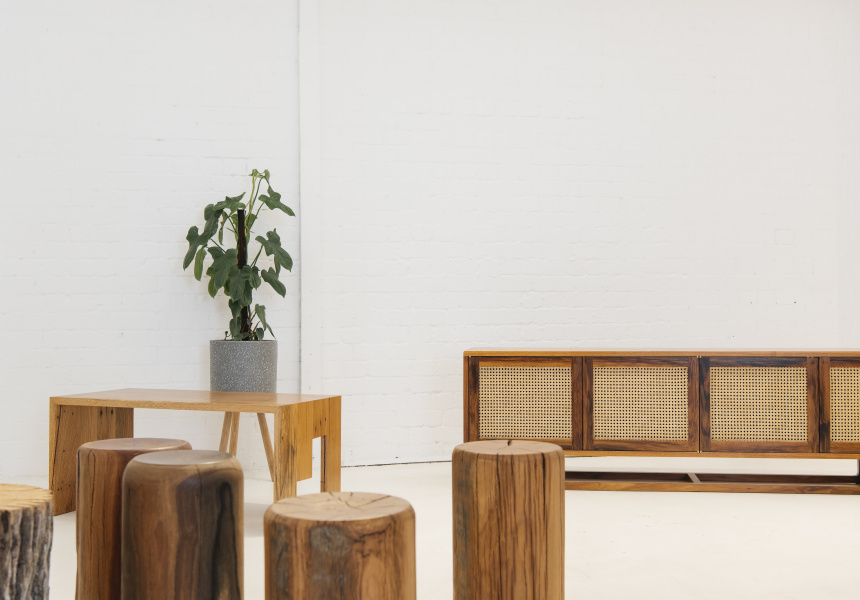 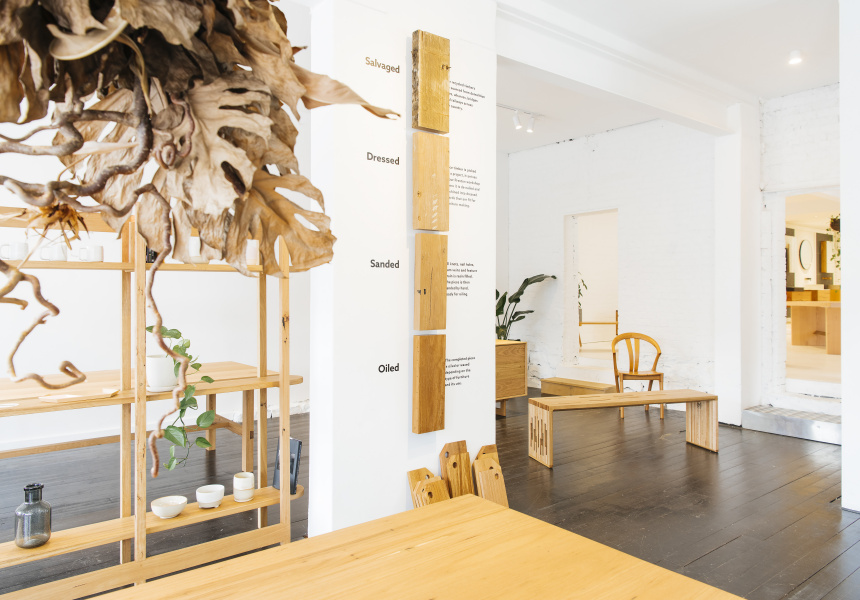 Ben Purchase wonders whether woodworking might be a genetic thing. His grandfather was a carpenter, as is his father – and now, so is he. “And my brother is an upholsterer,” says Purchase. “So it's probably a bit of an attention to detail thing. And you've got to have great patience in what you do and who you're working with.”

Purchase applies that patience and attention every day at Ingrain Designs, based in Collingwood, Melbourne. He works alongside his father Brett, making custom-built furniture for the fashionably inclined. Together, they use recycled native timbers such as Victorian Ash and recycled Messmate to craft coffee tables, record-player units, real timber vanities and more.

Purchase wasn’t always a carpenter. He spent ten years as an electrician before realising it wasn’t for him. “When I finished school I really didn't know what I wanted to do,” he says. “I looked at dad and grandpa and thought, well, do I want to do this? Or do I want to go do my own thing? I guess it's a bit of discovery because at 18, there's so many options. I thought electrical might be more suited to what I like to do, but there's not much creativity with it.”

Woodwork began to show more appeal. Purchase remembers spending days on building sites with his dad and grandpa, poking around in the wood shavings and talking to the tradespeople. He developed an appreciation for crafting by hand. “I’d learn about being onsite and approaching managing and how a house was put together,” he says. “Then at home we’d do a fair bit of woodwork and building. We always had the best looking billycart around.”

Purchase has integrated what he learnt as a child into his craft today. “A lot of companies make everything on [automated machines],” he says. “We've got all the main woodworking tools but don't use any robotics. We handcraft everything.”

Working side by side with his father, Purchase has come to respect his gentle way of instructing other tradespeople at Ingrain. “Dad is a lot more patient than most people,” says Purchase. “He works for people from mid-forties down to 18, in a workshop, and after doing it for so many years he's still pretty patient.”

While some families find it challenging to work with family, the Purchases’ father-son relationship has continued into their professional one. “18-year-old Ben probably didn't want to work with 45-year-old Brett, but now I think we're really good,” says Purchase. “We did about a year together where it was just the two of us. I think we were that busy we didn't really have any time for conflict. It was just go, go, go. But because I think we're out of the same pod, it's pretty perfect.”

This article is produced by Broadsheet in partnership with Russell’s Reserve craft bourbon.

Produced by Broadsheet in partnership
with Russell's Reserve. Learn more about partner content on Broadsheet.