She and partner (in business and life) Dave Stace have expanded the brand with a new digital design arm. And its diverse portfolio is helping them break new creative ground. 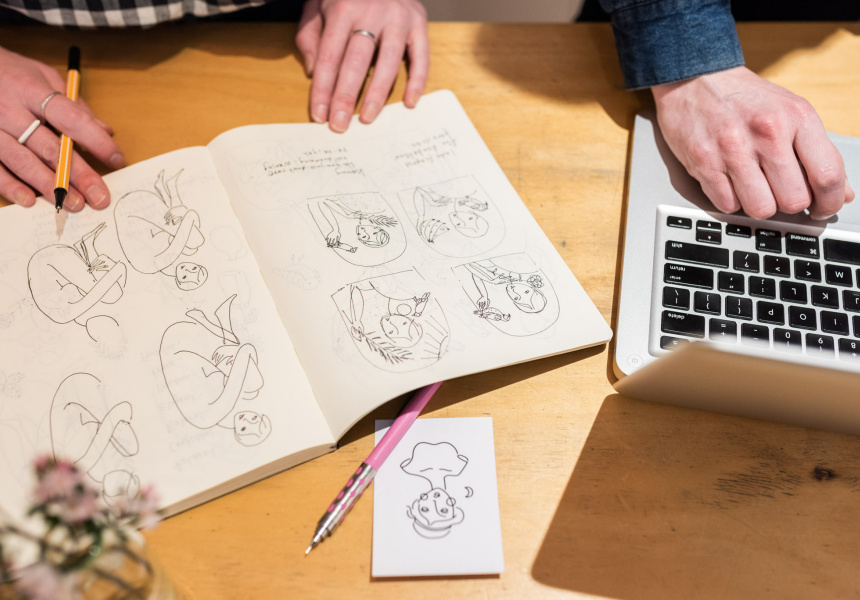 Naomi Murrell and Dave Stace established clothing, jewellery and printmaking brand Naomi Murrell on wistful nostalgia and understated femininity. They’ve trod the design market trail for more than a decade, are stocked nationwide and operate a flagship store on Ebenezer Place. Now the partners – in both the business and life – are evolving the namesake brand into the graphic design space.

“When you’re your own boss, you don’t change jobs like you might in a normal career,” Murrell tells Broadsheet. “You have to keep things interesting for yourself. You have to create opportunities to do the things that you want to do.”

The design arm of Naomi Murrell – Naomi Murrell Studios – launched quietly last month with a slick new website showcasing a selection of projects. It’s another step forward, and kind of a throwback for Murrell and Stace, who both started out as designers-for-hire. Murrell spent six years working with fashion label Tiff Manuell, and Stace was at creative agency Kojo for 10.

A decade ago the pair committed to making Naomi Murrell their full-time hustle. They moved through a couple of different spaces – including Angas Street artist hub, The Mill – as their ambitions formed and flexed. “We’ve had various sized teams over recent years,” Murrell says. “We’ve scaled back a lot recently because we realised we were spending more time managing people and not so much time being creative.”

The design studio evolved organically over time – through conversations with other business owners and a needling desire to reacquaint themselves with the creative side of the enterprise. Murrell maintains the title of creative director, and Stace’s business card is punched with digital design director. In an early collaboration, Murrell provided art direction for friend and colleague, jeweller Linda Marek. “She said, ‘I need some help with planning a photo shoot. I don’t really know how to do that’. And we said ‘Oh, we do’,” says Murrell.

Murrell and Stace say the Australian indie design scene is close-knit, and smaller than most might imagine. They’ve made valuable connections over time and find teaming up with their peers inspiring. But what of that fine line between someone admiring your aesthetic, and them asking to copy your homework? Murrell says it’s all about trust. With Linda Marek, she says, “I saw it as a chance to make some beautiful images that I would never do, in that style, for myself.”

The job that got them noticed was a community-led placemaking campaign for their home turf. The pair (and brand) has a strong affiliation with, and love for, Adelaide’s East End. Together with their Ebenezer Place neighbours, they drove an initiative to refresh their precinct’s identity and digital presence – referencing the heritage of the area, and toasting the cultural experiences on offer. The studio was not even a fully formed idea when Murrell and Stace pitched the project; they just felt it needed to be done. “We want to live in a community where design is celebrated,” Murrell says.

Now, their clients encompass retail, hospitality, legal and construction industries. “It’s been great to work with other people outside of our own bubble,” says Stace.

When solar provider Goliath Solar reached out, Murrell and Stace thought hard before accepting the gig. Studio and client worked closely together to reimagine the brand’s online presence, with great results. “They were on about page nine of Google when we started,” says Stace. “Now they’re Adelaide’s biggest solar provider.” Other clients include Ayres House’s new Harry’s Restaurant and Patch Theatre.

“Now we have enough projects under our belt … we’re letting people who don’t know us know to come check us out,” says Murrell. In its current iteration, the studio has no fixed abode, but clients are invited to get in touch online or drop by the store. “The model these days is more about catching up for coffee,” explains Stace (as we clink mugs at neighbourhood favourite Hey Jupiter).

Murrell also has an exhibition of new solo work in this year’s SALA Festival, called Pandemonium. Stace calls it, “A blow up of the creative process [and] an insight into the sketch book.” It’s another mode of creative expression for Murrell; a chance to move differently within her own practice. 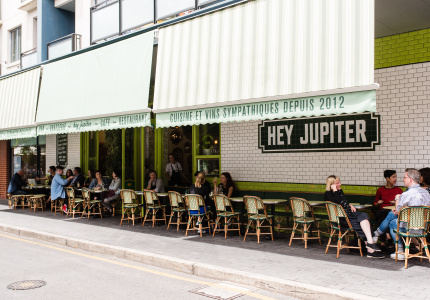 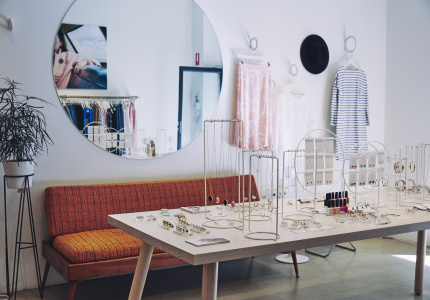