Produced by Broadsheet in partnership
with Russell's Reserve.

The Familial Ties of Zink & Sons

A father-son partnership has seen an Oxford Street tailor survive and thrive. In partnership with Russell’s Reserve craft bourbon, we speak to Daniel Jones about learning from a family profession and their commitment to quality. 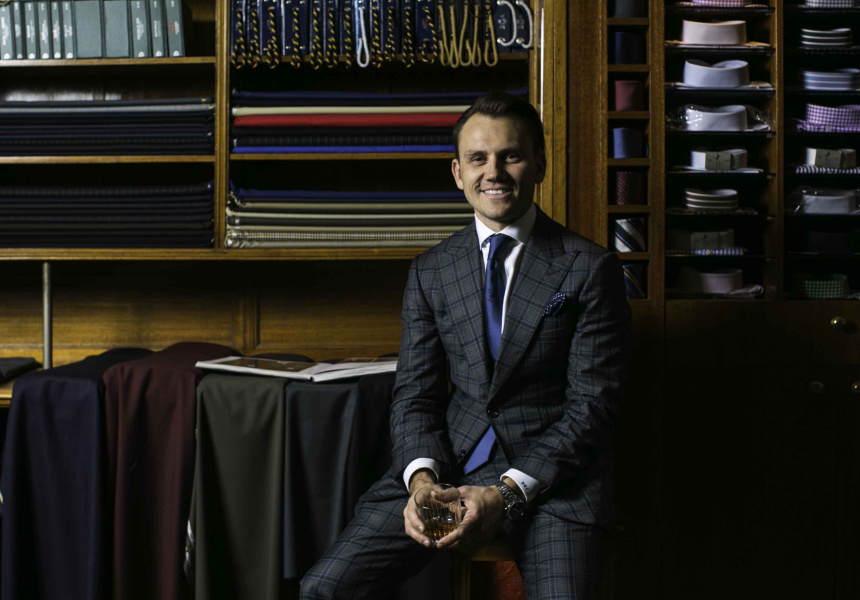 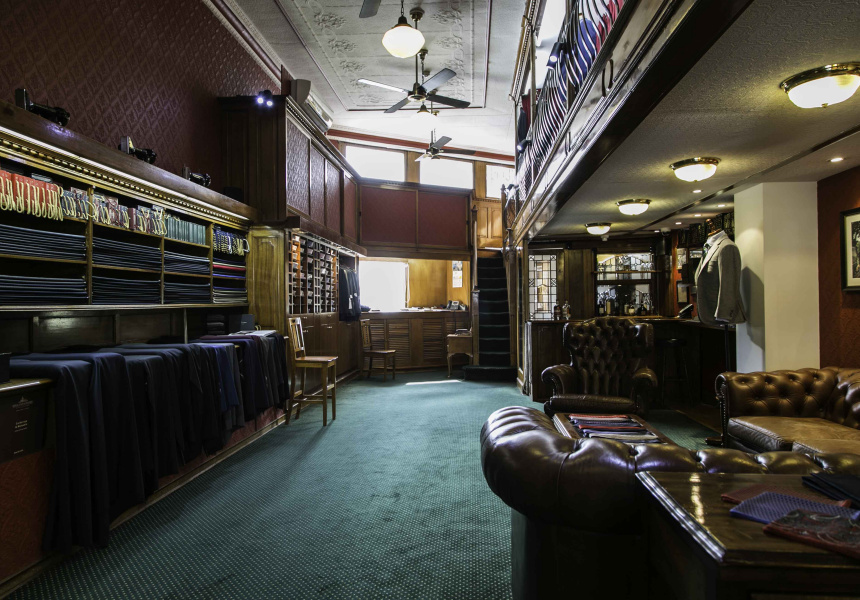 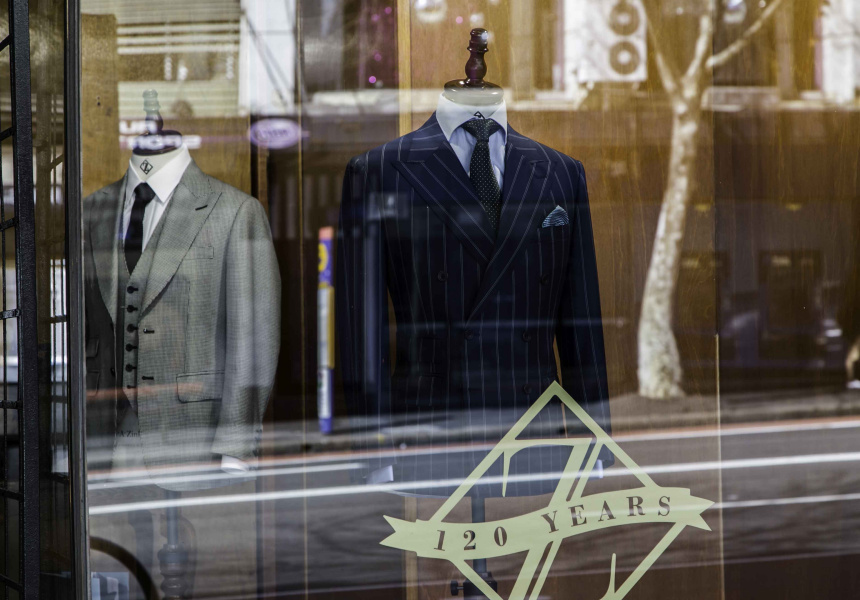 Daniel Jones was fascinated by his dad’s tailors shop. Most of his youth was spent at the Oxford Street business, running up and down the stairs with his brothers and sisters, feeling the sandy grit of chalk dust, and collecting scraps of material to play with. But the room upstairs was somehow foreboding.

“Up the very top used to be a one-bedroom unit my father lived in in the ’60s,” says Jones. “But when I was a kid there was no one up there. It was sort of a little bit abandoned, with a lot of old furniture up there. It was quite eerie. So we would always go and check it out because we used to love it.”

The tailor was established in 1895 and has been a mainstay for the fashionable man ever since. Daniel’s grandfather worked for Tom Zink as a tailor cutter, and with his wife, a trouser-maker, they took over the business in the early ’50s. Robert Jones, Daniel’s father, apprenticed in the 1960s and over 50 years has seen flares, double-breasts and electric-blue suits all come and go.

But, like many young men, Daniel wasn’t interested in following in his father’s footsteps – at first. “When I first left school I became a greenskeeper,” he says. “I worked on a golf course for a couple of years. Early mornings and early finishes. I like being outside but I got a bit sick of those early mornings. As I got a bit older, I started to appreciate what my family have actually done here.”

So, when Robert approached him to officially join Zink & Sons, Daniel thought he might give it a go.

At first, he was a bit of a dogsbody – sweeping the floor and measuring up customers. “It was probably about two years in when I started actually learning,” he says. “I started cutting trousers by myself and then a few jackets. I spent more of my time in the workroom with the other tailors. That's when I started taking an interest in that side of things.”

Daniel learned the art of cutting from his father; it’s a skill passed down from Robert’s own father, augmented by his mother’s aptitude for trouser-cutting. “He’s a very good trouser-cutter,” says Daniel of his dad. “His mother taught him different tricks to get that perfect cut. I learned a lot from him.”

As Daniel matured into the business he also began to appreciate what a canny businessperson his father really was. “My old man must've done something right because a lot of tailors have faded out,” he says. “I've learned that side of him. You could never take him for a ride. He doesn't want to let go of a quid too easy. But he taught me a whole lot about the business; staying true to your word and always looking after your tailors because they're the biggest asset in the business.”

Like any family profession, there were some areas in which the apprentice could also teach the master. While Robert’s focus had always been on cutting, Daniel learned the art of sewing. “[my dad’s] not a sewer. He doesn't get on the sewing machine at all,” says Daniel.

Daniel also has a natural affinity for what’s in style. One of Zink & Sons’ strengths has been its commitment to the time-honoured techniques of handmade tailoring, but there are areas of fashion that are driven by, well … fashion.

“You’ve got to stick with the traditions of bespoke tailors, with the making, construction, fitting – all that kind of thing,” says Daniel. “But you’ve got to tweak certain things to modern styling and what's on trend at the moment. Wide lapels on jackets is in now, with Tom Ford doing [it] and a couple of other tailors on Savile Row. I've taken that into a lot of our tailoring.”

While Robert has been supportive of Daniel’s direction, he hasn’t always agreed. “We've got different ideas sometimes, so we can clash,” he says. “But he trusts my new ideas these days. It's just trying to get him over the line. We can have an argument but let it go 10 minutes later. We definitely don't hold grudges.”

Daniel will demonstrate the fruits of their familial bonds at an event at Kittyhawk, in collaboration with Russell’s Reserve. Guests will observe their craftsmanship first hand, then enjoy a private bourbon masterclass and matched menu. Daniel says he and his dad have something in common with Russell’s Reserve, whose master distiller Jimmy Russell has been working shoulder-by-shoulder with his son, Eddie, for the past 38 years. Like Eddie and Jimmy, Daniel and Robert’s family business runs in their blood.

“There’s family heritage there, very similar to what we have here.,” says Daniel. “I think it all generally ties in beautifully with what we do here and believe in.”

As for the future of Zink & Sons, Daniel has just become a father himself. Though his nine-month-old son is still a little young to be running up and down the stairs, Daniel wouldn’t discourage him from joining the business someday. “It's a tough game,” says Daniel. “But yeah, I think he can make that decision.”

This article is produced by Broadsheet in partnership with Russell’s Reserve. Please drink responsibly.

Produced by Broadsheet in partnership
with Russell's Reserve. Learn more about partner content on Broadsheet.