A Closer Look at Myth

Adelaide’s most enigmatic collective is ready to reveal itself. 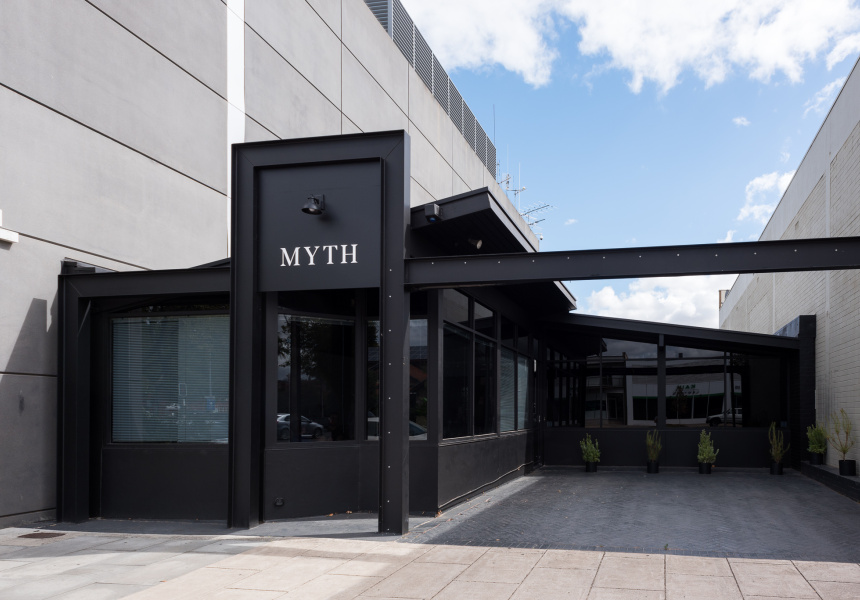 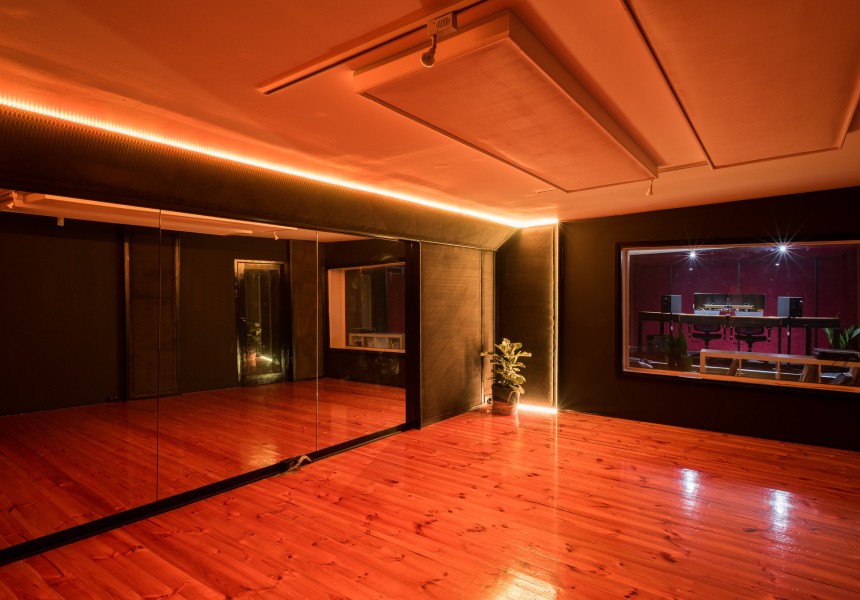 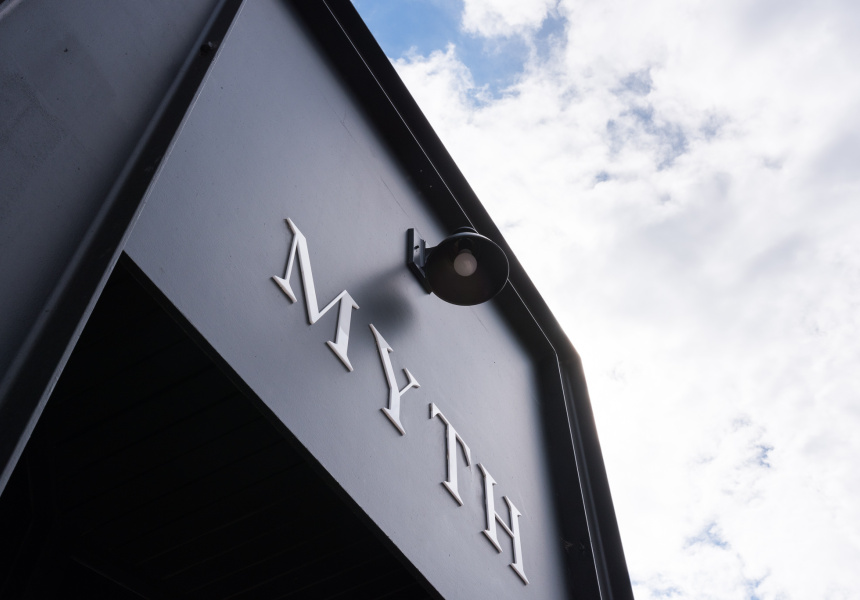 Broadsheet introduced Myth back in December. At the time we couldn’t tell you who was behind it, or exactly what it does. But two months on the enigmatic collective is ready to reveal itself to the world, so we went back to learn more.

When we visit we stow our shoes on the rack provided and are welcomed by designer Henry Jarman (Lyrebird Gin, Bai Long), who’s now happy to be named as one of the forces driving the enterprise. He leads us through the physical and metaphysical aspects of Myth.

If Myth fits any existing classification it’s: co-working space. But that’s underselling it. Superseding the bricks-and-mortar structure is an ambition to forcibly nudge Adelaide creatives and audiences in a new direction. “[We] plan to action experiences that promote a cultural shift in the way this city currently views the arts,” says Jarman.

Situated on the corner of Wakefield and Hutt Streets, Myth’s all-black everything, minimal ornamentation and acoustic treatment (previous tenants ran a DVD-pressing and dubbing business) envelope us in a sense of meditative isolation. We move quietly through the interior with Jarman as he, in his tranquil cadence, explains a little about each of the different spaces: a design office, lobby, sound studio and multi-purpose area.

The sound studio is already in regular use by local producers TRFK and Wallace & Malone, with room for further growth. “We have regular bookings and it’s available for hire at a drop-in hourly rate,” Jarman says. The facility will also accommodate production workshops by local and visiting artists. “We’re looking at international dance artists in particular,” he says.

Beyond the two-panel glass is a second room, made to appear larger-than-reality by mirrors fixed along its east wall. “It’s open for band rehearsals and pretty much anything,” Jarman says.

It’s also the shala (“house” in Sanskrit) of yoga studio Soul. “We offer five classes a day, with three teachers in 10 styles, seven days a week,” says Jarman. Like the rest of Myth it’s kept dark, lit only by strip LED lighting. Classes are arranged with the teacher positioned in the middle of the room, and students fanned out facing them. It’s an intensely intimate space, accommodating small groups of up to nine participants. Tea from neighbours Bai Long’s exclusive selection is served after every class, as pupils unwind and prepare to reenter the real world.

Soul is run by Jarman and Rhys Menzel, with teachers Brittany Gallasch and Sarah Faraone. Between them they offer classes in kundalini (also known as “yoga of awareness”), yin, hot yoga, yoga nidra, fundamentals and other disciplines.

The opposite end of the building, facing Wakefield Street, is where Jarman and Elliot Jamie co-captain Myth’s creative direction. There’s a boardroom-style table for working on collaborations across a broad range of projects. Details are still scarce, but output will span graphic design, consultancy, events and festivals.

Myth will officially welcome the public for the first time – in a big way – on February 28 from 6pm at open house of sorts, Normality?. “It poses an opportunity for us to open our doors fully,” Jarman says. “It’s going to be a sensory overload of crazy things.”

There will be art from Jarman AKA Henry Noel; drinks from Sparkke Change; haircuts from Quircky N' Sleek Barbershop; vintage fashion from The Rag Market; and late-night Boiler Room style DJ sets.