Bigger is Better at This Year's Tarnanthi 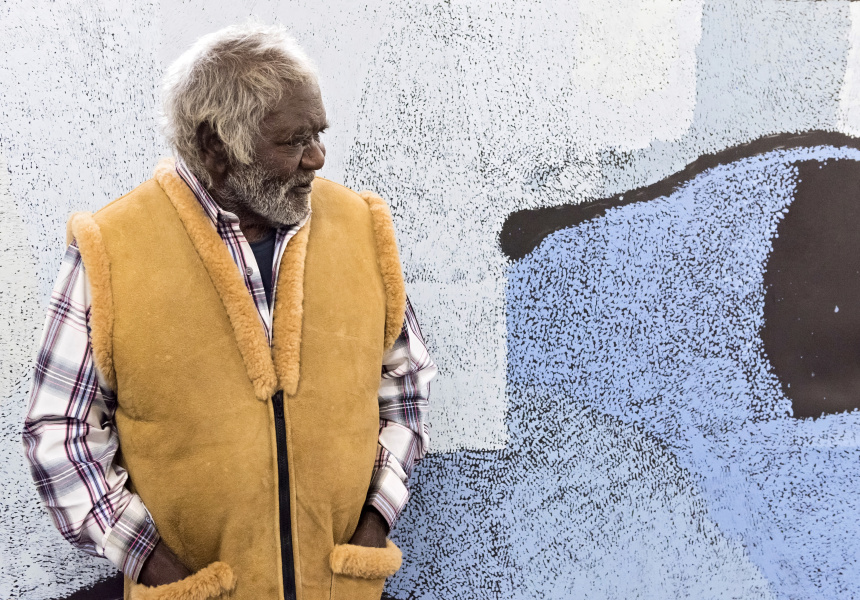 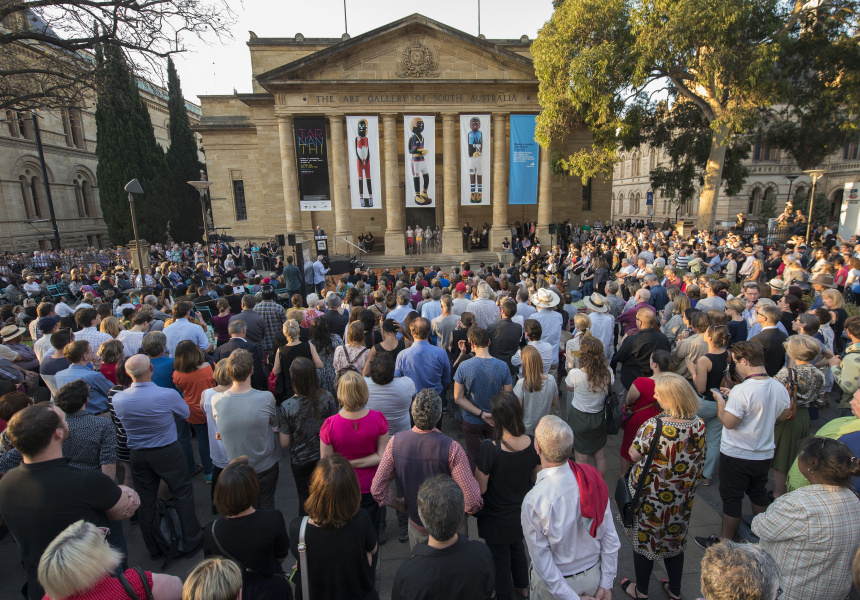 The first Tarnanthi festival in 2015 featured works from more than 1000 Aboriginal and Torres Strait Islander artists and had more than 300,000 visitors, instantly making it the largest contemporary Indigenous arts festival in the country. For artistic director Nici Cumpston, that was a good start.

The biennial festival returns in October and this year promises to take place on an even grander scale. “There are some big works this year,” Cumpston says excitedly. “Bigger than big.”

Subtitled the Festival of Contemporary Aboriginal and Torres Strait Islander Art, it is indeed epic in both scope and ambition. Some of the works that will be displayed have been in development for years, including a part of the ongoing Kulata Tjuta (“Many Spears”) project that will see more than 600 spears suspended from the ceiling of the Art Gallery of South Australia in the shape of a mushroom cloud. Floating water carriers below represent the ongoing impact of British nuclear tests on Anangu country in the state's north.

Another large-scale work comes from a remote island in the Torres Strait where ghost nets have a devastating impact on marine ecosystems. These enormous nets that have been lost or cut adrift from trawlers can stretch for kilometres, and trap a wide range of marine life as they move with the currents before making landfall.

Erub Erwer Meta (Darnley Island Arts Centre) is one of a growing number of arts centres turning these environmental disasters into baskets, jewellery and large-scale sculptural works. Some of these sculptures depicting marine life will hang above the atrium of the Art Gallery, drawing audiences into the exhibition.

In addition, the artists will run workshops on how to weave and make these creatures while teaching about the environmental impact. “The ladies and the men who are involved in that project are really excited to share those skills,” Cumpston says.

But the project she is most enthusiastic about is 'Painting On Country', part of this year's focus on arts centres in the APY Lands that encompass much of northwest South Australia.

The excitement is clear in her voice as she describes a series of six large-scale colour photographs created at locations connected to an ancestral creation story. “The artists have physically painted a particular aspect of that creation story onto rocks within the landscape and then photographed it,” she says.

It's the first time the artists have worked photographically. One of the striking aspects of Tarnanthi is the wide range of media included in the festival. As well as painting and photography, the exhibitions include examples of textiles, ceramics, moving images, sculpture, screen-printing and bark painting, spread over more than 20 venues. The festival will also feature a range of performances, talks and a three-day art fair where the public can buy works directly from artists and remote arts centres.

One of the festival's aims is to challenge preconceptions of what Indigenous art is, and can be. As an award-winning Barkindji artist herself, it’s a cause that Cumpston is especially passionate about.

“I think there are a lot of people who haven’t engaged and don’t fully understand who we are as Aboriginal people, so this is a way to break down some of the stereotypes and show the fact that we are an ever-evolving culture. We are a contemporary people who are alive; we're changing our ideas of things.”

Many of the works featured in Tarnanthi combine traditional knowledge and culture with contemporary modes of expression. Rather than a single movement, though, Tarnanthi is celebrating the unique visions of the artists involved.

“The artists are very diverse, so some artists are political but they're making statements about their own situations. They're all very individual. You don’t homogenise contemporary artists – there's no way you can do that. Each and every artist has their own story, their own way of expressing where they're coming from.”

Tarnanthi Festival takes place on October 13–22 at venues across Adelaide. The exhibition at the Art Gallery of South Australia runs until January 28, 2018.