The Adelaide Biennial of Australian Art is Celebrating Difference

Step inside a 3D photograph, a “nightmare” Dungeons & Dragons lair, and a multi-coloured candy cave at this ambitious exhibition. 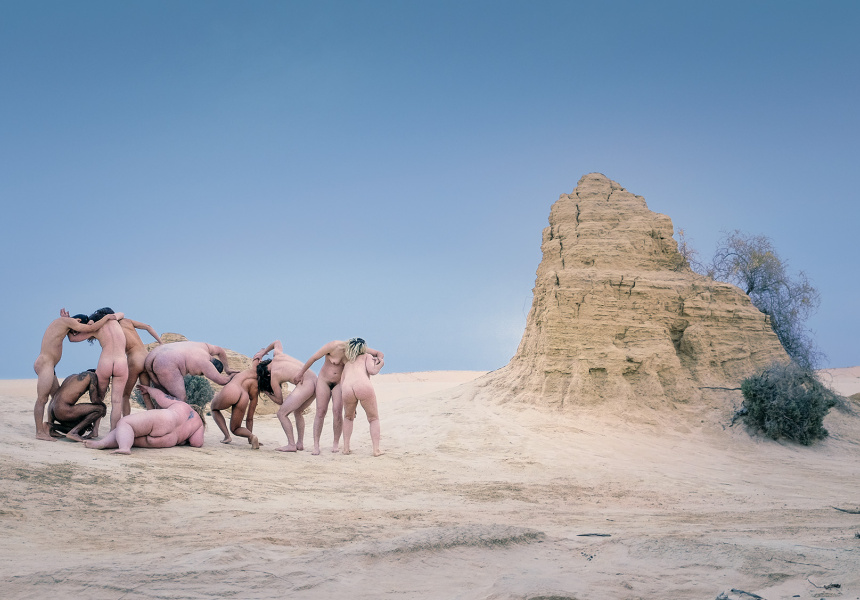 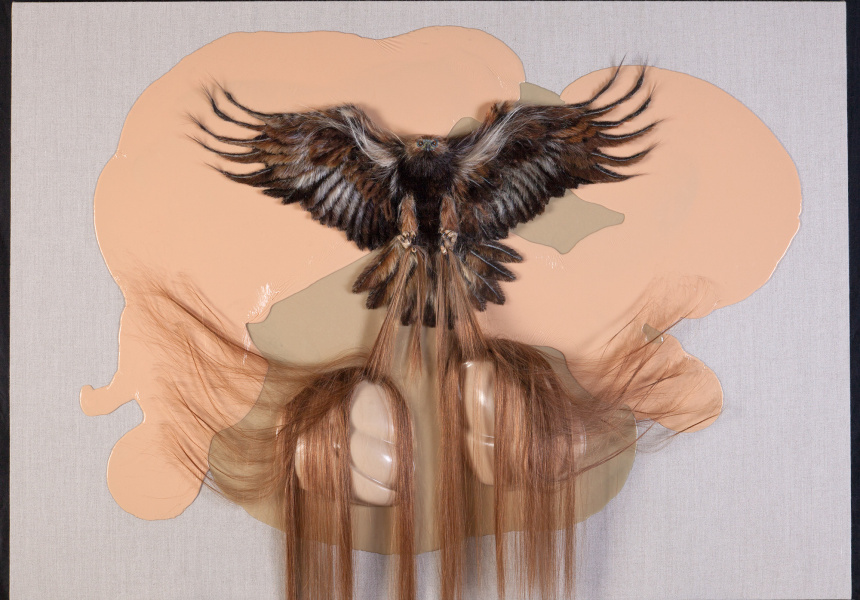 Patricia Piccinini, The Avian Trilogy (Eagle in flight with helmets), 2017; Courtesy the artist

“We’re living in troubled times,” curator Erica Green begins when I ask about the name of this year’s Adelaide Biennial of Australian Art: Divided Worlds. It may not seem like the most promising start to a conversation but she’s upbeat because she says she has the solution.

Green reasons that her own approach to curation is quite eclectic, so a diversity of media and points of view among the works was assured. And among the works by 30 contemporary artists and collectives spread over five venues, there’s a range of approaches across sculpture, installation, painting and photography.

Large-scale installations feature heavily, and though Green is loathe to choose favourites among the works, she’s particularly enthusiastic about the Biennial as “an opportunity for artists to realise ambitious works”.

One of those works comes from Pip & Pop (AKA Tanya Schultz), who has expanded on her multi-coloured mountainscapes with an ephemeral candy-covered cave – made from sugar, glitter, tinsel, sequins and more.

Another is by Tamara Dean, whose photography examines the human body in natural landscapes. In Our Nature does that, but she’s also trying to move beyond images on a wall. For ...Stream Of Consciousness, she’s added a third dimension to her work. In collaboration with several other artists including a scent designer, she’s created a space for reflection that viewers can enter.

“She’s actually providing an environment for you to step into and everything is simulated. You’ve got scent, sound and visuals in a totally immersive environment, so instead of observing it from the outside you become enveloped in the environment that she has created.”

Another work that asks you to step inside is local artist Roy Ananda’s Thin walls between dimensions. Green describes Ananda as “a tragic fan” of the early role-playing game Dungeons & Dragons, and this installation is perfectly timed to coincide with the current wave of ’80s nostalgia. Located in the basement of the Art Gallery of South Australia, it recreates a scenario from the game called the Caves Of Chaos.

Upon entering “you actually become consumed by this massive construction. Inside it’s like a nightmare and you descend down into his environment like Orpheus going down into the underworld: it’s just an absolutely marvelous work.”

Working with local artists is an important part of the Biennial, and along with those based in SA (among them acclaimed designer Khai Liew and Ken Family Collaborative, the sisters behind Tarnanthi showpiece, Seven Sisters) there are several who have ongoing connections to the state. These include Christian Thompson, who was born in Gawler, and John R Walker, whose exhibit is the product of a self-directed residency in the Flinders Ranges and Burra. Oratunga Burra Suite is a meditation on the impact recent human incursions have had on the ancient land. In Burra, copper mines dot the landscape and Oratunga, in Adnyamathanha country, is a space where the inhabitants are still caught between two worlds.

For Green, of course, this is simply a natural state of existence. “Difference is really the way things have always been and in a sense is the natural order of things. And that’s something that artists bring us – we are excited by the difference that artists bring to us in their works of art and the Biennial presents a huge range of very different works of art.”

The Adelaide Biennial of Australian Art: Divided Worlds runs from March 3 to June 3 at venues across Adelaide.