From spots teeming with marine life to nude-friendly beaches and a small, salty lake worth floating in, Adelaide and surrounds have a wealth of swimming options to choose from. In partnership with Tourism Australia, here’s five reasons to pack a towel and leave the house this summer. If you have concerns about visiting businesses or public spaces, or questions about self-isolation or coronavirus testing, check out the latest updates from SA Health.

Once summer hits there's nothing more Australian than filling an esky, hopping in the car and heading to the beach – and with thousands of kilometres of coastline, South Australians are spoilt for choice. Whether you're keen to bust out the beach cricket set, catch some waves or have a lazy float, these are some of the most picturesque spots to take a dip. Just don't forget the sunscreen.

Port Noarlunga
As well as being easy to reach, Port Noarlunga boasts some of the best marine life in the state thanks to a 1.6 kilometre long reef located just offshore. A short swim from the end of the jetty, it's home to more than 200 species of plants and animals – common sightings include zebra fish, nudibranchs, stingrays, sea stars and wobbegongs, as well as large schools of mullet and salmon. For a more structured experience, follow the 12 bollards located on either side of the reef that mark out a self-guided underwater dive trail and include information about the reef system.

Maslin Beach
Maslin is most famous because it became home to Australia's first nude beach during the progressive Dunstan years, but avoiding tan lines isn't the only reason to visit. The view from the car park reveals one of Adelaide's most beautiful suburban beaches with swells coming in from the Southern Ocean to a broad sweep of white sand, backed by towering ochre-coloured limestone cliffs. Only the southern half of the beach is clothing optional, but it’s also the most beautiful section.

Second Valley
Hemmed in by coastal cliffs and rolling hills given over to farmland, the former fishing village of Second Valley on the Fleurieu Peninsula has a little bit of everything. The beach itself is quite small, but the sheltered bay is home to South Australia's marine emblem, the endangered leafy sea dragon. Dolphins and seals are also regular visitors. If you'd prefer to stay above the surface, the dramatic rock formations in the cliffs surrounding the bay hide sea caves that can only be reached by sea kayak, as well as numerous rock climbing and cliff jumping opportunities.

Formby Bay
Yorke Peninsula can get pretty crowded, especially during the holidays when every caravan park seems to be full of boisterous families. Fortunately, there are plenty of lesser-known beaches along the coastline and Gym Beach at Formby Bay is one of the most beautiful. Near Innes National Park at the foot of the peninsula, a 15-minute path from the car park meanders along the clifftops and descends through sand dunes to a wide bay with turquoise water. Several offshore breaks mean surfers accompanied by dolphins can often be seen bobbing up and down in the swells offshore, but the beach itself rarely has more than a handful of visitors.

Pool of Siloam
About four hours drive from Adelaide, it's no surprise that Beachport has a range of great beaches to choose from. But if you've been dumped by one too many waves, there's a slightly more unusual swimming spot nestled in the dunes on the edge of town. The Pool of Siloam is a small lake fed by underwater springs, but due to its location by the coast it boasts a salt content comparable with the Dead Sea. The result is increased buoyancy for swimmers, making it perfect for a relaxing float.

When swimming at Australia’s beaches, be aware of strong currents. Always swim between the red and yellow flags, which indicate the section patrolled by Surf Lifesavers. Never swim alone, at night, under the influence of alcohol or directly after a meal. Always check water depth before diving in and never run and dive into the water from the beach. Learn more about water safety in Australia here. 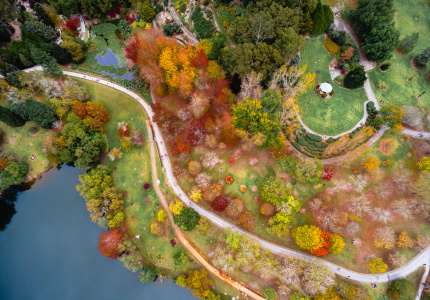