Like a couple trading their townhouse for a three-bedroom bungalow, Treadly has grown up and moved to the suburbs. Behind the new roller door is an expanded workshop and retail space, complete with a cold-brew coffee station courtesy of Mischief Brew. 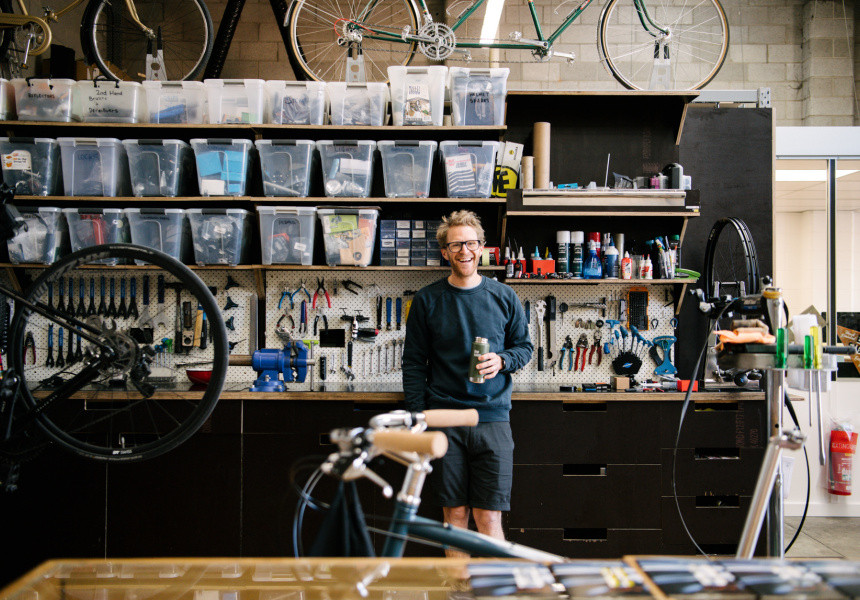 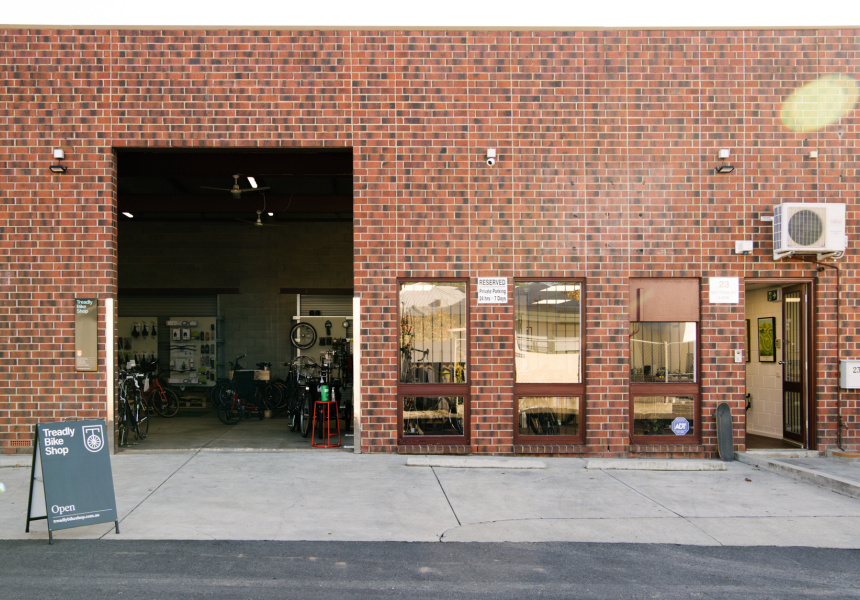 For almost a decade, Treadly Bike Shop was a constant amid the changing landscape of Ebenezer Place. Owner Sam Neeft hand-built hundreds of bikes in the store’s tiny workshop – from humble commuters to fully customised, cross-country trekkers, cargo bikes and more. He’s helped shape Adelaide’s cycling community – and culture – with events like Boucle de Burbs, an annual fun ride through backstreets and laneways.

But – in an unexpected move – Neeft recently packed up his tools and left city life behind. In a moment when small businesses across Australia are facing hardship and even closure, Treadly is expanding from a cosy shopfront in the east end of the CBD, to 200 square metres of dreamy warehouse space in Neeft’s childhood neighbourhood of Norwood.

“I always wanted to be in a warehouse. I love the feel of this sort of space,” Neeft tells Broadsheet. “When it’s blue skies and you can hear the birds, when the roller door is up, it’s just beautiful.”

Treadly reopened quietly four weeks ago. Boxes are still being unpacked when we visit, but the essentials are in place – including an expanded workshop; rows of wheels by brands such as Tokyobike, Lekker and more; cycling accessories; Neeft's record collection; and even a cold-brew coffee station, courtesy of Mischief Brew. With its high ceilings and spacious display area, there’s a sense of calm and order to the place – something Neeft’s been craving.

He says Treadly had outgrown its previous home as far back as two years ago. “Treadly in the city was a tight little shop, and people loved it for that reason.” Neeft explains. After nine years of consistent growth, the business was suffocating. Neeft estimates that, by the end, 40 of the store’s 50 square metres were occupied with bikes, displays and tools. “Even pre-Covid we could only have three people in there,” he says. “It was just really inefficient,” he says.

On top of that, “It was the easiest shop to be a tyre kicker in,” says Neeft. Ebenezer Place gets a lot of foot traffic – particularly tourists and city workers on their lunchbreaks. “You have to give everyone the time of day. That’s retail,” he says. It’s not a common whinge – having too many customers – but it meant he was often tied up chatting when he could have been more productive, servicing bikes or marketing his shop to a wider, more committed audience.

Then the Royal Adelaide Hospital relocated. “We didn’t think it was going to affect us that much, but it did,” Neeft says. “In the end I had to let go of some staff members and I went back to just me and one casual – and we’re still at that now.”

When it came to researching a new location, Neeft spoke to his customers and drew a circle around areas that worked best for them. “I asked, ‘Where are you coming from? Where do you ride? Where for you live? How convenient is this for you?’”.

He stumbled on the new site just as coronavirus restrictions were coming into effect, and made the bold decision to take it on regardless.

The new Mattingley Lane store is only an eight-minute cycle from the old shop. “We’re just off Beulah Road, which is a major thoroughfare for bikes into the eastern suburbs,” says Neeft. “That’s a key factor in why we chose this location.”

Another deciding factor was that the warehouse already had solar panels installed. Neeft has always had environmental responsibility front of mind, running his business on green energy and recycling all its metal, plastic and cardboard waste – of which there’s far too much, he says. “That’s one area of [the cycling] industry that’s not well regulated.”

So far, customers have loved the new experience. There’s off-street parking and riders can wheel their bikes straight into the workshop. The quiet streets are safer for test rides, and fewer walk-ins has meant a faster turnaround on servicing.

Neeft is also looking forward to running “little events I could never do at the [old] shop”. He’s lined up an exhibition for SALA (South Australian Living Artists Festival) – assuming it goes ahead – as well as a book launch for a customer who documented his ride across America. Workshops and info nights are on the cards too.

“I don’t miss Ramsay Street,” Neeft jokes, when asked if he’s feeling estranged from Ebenezer Place. “It was primarily independent retail when we moved in, and that’s why we wanted to be down there,” he says. At one point a destination for off-high-street fashion – brands like Right Hand Distribution, First in Flight and DAS – the strip is now lined with cafes and bars. “I love the people. It’s great to have another family and see it evolve over the years,” Neeft says. “But … I needed to refocus.”

He’s been embraced by his new community. “We’re using the guys across the road for printing, and there’s a screen printer next door who can do our caps, T-shirts and tote bags,” he says. “King Street Cellars is up the road if I want to grab a bottle of wine. Even our window cleaner lives across the road.” 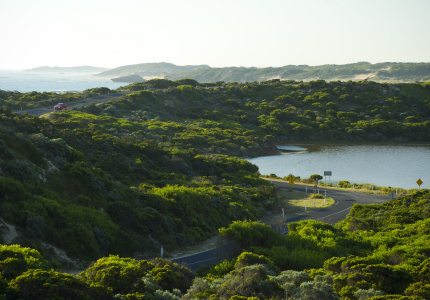