Surf’s Up: The Best Beginner Surf (and Nearby Coffee) Spots Around Adelaide

Where to ride a wave if you’re still finding your feet. 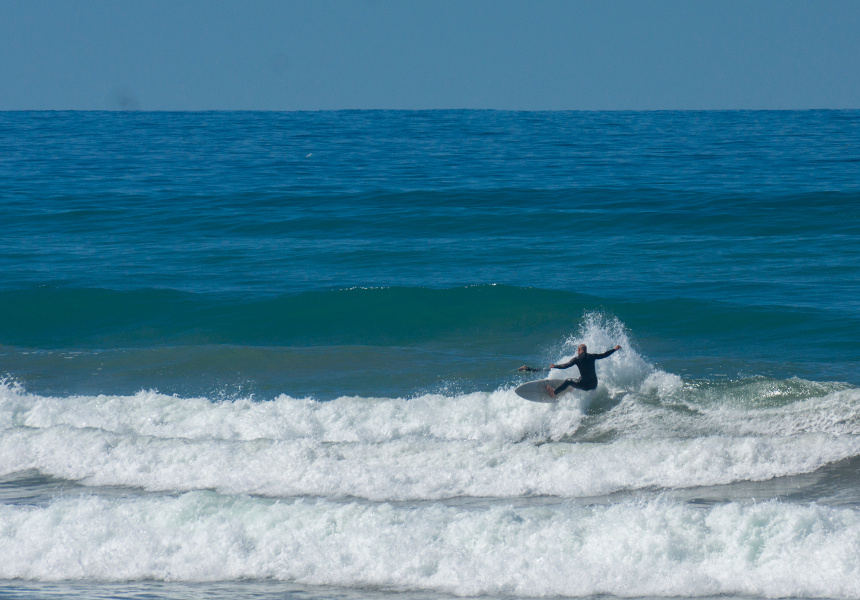 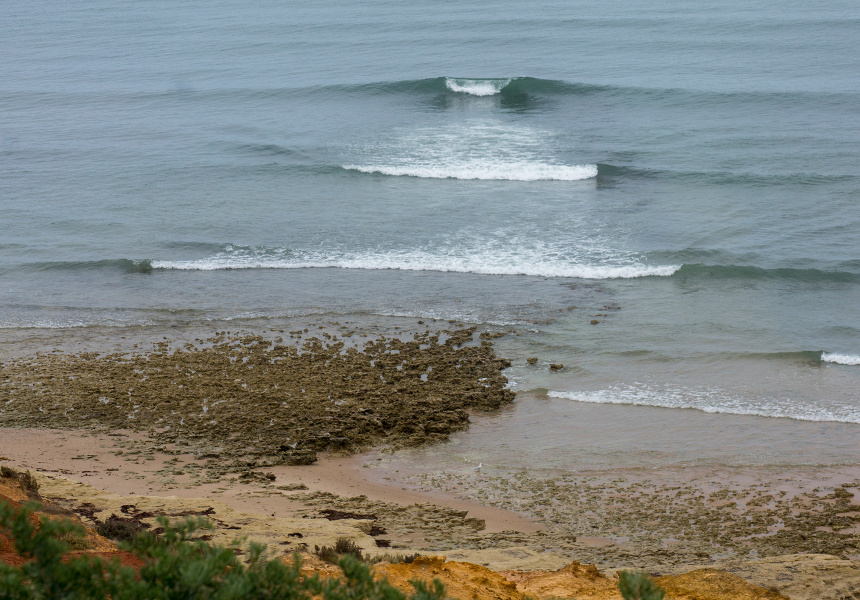 Adelaide isn’t renowned for its world-class waves. But we are blessed with some great stretches of coastline that offer consistent peaks, laid-back beach breaks and points, and grinding reef breaks for beginners and experts alike.

Here are five top spots for rookie surfers across Adelaide’s metro beaches, the mid coast, and south coast. Plus the best place to grab a post-surf coffee at each.

They’re all within an hour’s drive of town. Off you go.

Many surfers have a love-hate relationship with the south coast’s best-known spot, which was once ranked in the top 10 for gutless waves by Tracks Magazine. The surf is often weak or “fat” and the paddle-outs can be arduous when the swell’s big. But its long (often crumbly) waves – spread across kilometres of peaks – are the perfect canvas for beginners to hone their skills with little consequence. As for most of the waves on this stretch of coastline, northerly winds are ideal. When you’re done, Home Grain Bakery is the place to go for a bone-warming cup of Villere coffee. And a pie.

Like Middleton, Goolwa – a laid-back seaside town – offers kilometres of long, reforming and user-friendly beach break. Though it typically picks up a bit more swell. If the waves are seriously small at Middleton, it’s worth the extended drive here. Your post-surf pit stop should be Motherduck Cafe. Step into the revitalised 1909-built stone cottage for a brew and a local-produce-packed feed.

This is the most forgiving beach break along the Port Elliot stretch – otherwise known for back-breaking shore breaks. Here, beginners can enjoy cruisy left and right walls when the swell’s big enough. The reef-sand bottom can make it easier to read the waves, though you’ll often need patience to snag one – there’s usually a healthy crowd. Pull into the First Avenue carpark (technically in Hayborough) to suit up, and wind your way to Port Elliot’s De Groot Coffee Co post-surf for a cup of the good stuff.

South Port sits at the southern end of Port Noarlunga. It’s one of the greatest beaches in Adelaide, with rolling sand dunes, remnant vegetation and the sparkling Onkaparinga River. The stretch has multiple surf spots. There’s the river mouth and middle section of the beach, which offer rolling lefts and rights along inner and outer sandbars. Or there’s “The Hump” at the beach’s northern end, which is known for a meatier ride (lefts, mostly) and best left to those with more confidence. Coffee Factory is a relative newcomer to Porties’s charming Gawler Street, but it has quickly established a rep for good coffee and a well-rounded all-day breakfast menu.

“Stormies” are the complete opposite of the perfect blue-water waves you see in magazines. Caused by strong low-pressure systems and howling southerlies, you’re in for brown water and a hot mess of foam and seaweed. Surfing at Brighton – or any of Adelaide’s metro beaches – during one of these is like an ice-cream headache. If you’re just starting out, pick a day when the ocean’s not looking too big and chaotic. Jetties can be the easiest way to get out the back without a gruelling duck-dive paddle, and Brighton’s a popular choice for this. Afterwards, head to Jetty Road’s The Seller Door to recoup with a cup of Mahalia Coffee.

This article first appeared on Broadsheet on December 17, 2018. Some details may have changed since publication. 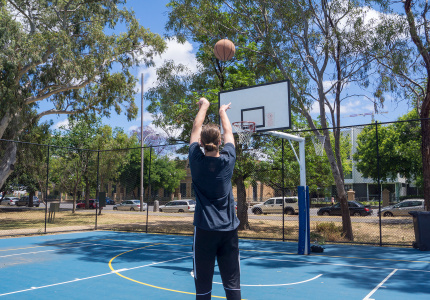